A new building for the residents of the Cuerq Center


For three months now, the new center, I-Fong Yuan has been situated on the opposite side of the former center for the handicapped, André Cuerq, at Yuli. Father Moal presents this project to us. 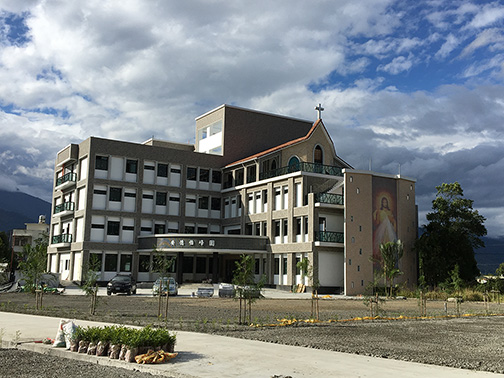 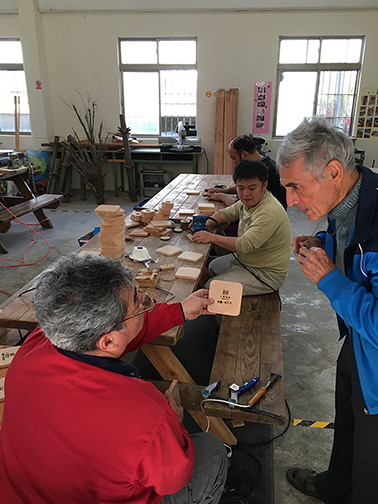 Seven years ago, the government invited us to seriously consider a new project. After thirty years of existence, the fifty children and young handicapped people of the André Cuerq Center have become adults and some are reaching their fifties. Their mentality and medical care needs have changed. It is time to separate the young residents from the older ones. The project has begun.

At first, we considered building several small houses, for six to eight people, which would be more homely than the big centers. In the end, the financial issue was more important. The big center, with fifty places, will house the handicapped people from 45 years of age until the end of their lives. We have planned to build large spaces to accomodate wheelchairs.

We began construction one year and nine months ago. The vice-president of the Republic, M. Chen Chien-Jen, who is a fervent catholic, came to give the first shovel scoop. It is essentially the people of Taiwan (and also the MEP, thank you very much !) who participated financially.

When we will have finished the project, we will have invested three million euros. Well-to-do people, as well the common people, have supported us til the end, with no distinction of religion or race. I have travelled alot to present our future center and thank the benefactors in the Rotary clubs and golf clubs. I appreciated the generosity of the Taiwanese towards those less fortunate than them. For us, it is a great encouragement for the future service of our handicapped elders. Given the location of the new center, we will often have the occasion to organize common activities uniting the young and older people. I thank God for giving me the opportunity to meet so many people displaying such solidarity towards the poor. The spirit of the Kingdom of God is at work everywhere.