In the midst of the Covid-19 crisis, Father Antoine de Monjour changed parish in the Diocese of Saitama. It was an opportunity to discover a new place, new parishioners and a new facet of this fascinating country. It will soon be 28 years since I arrived in Japan and I still have so much to learn! The more the process advances, the less I know, that is to say that as more time passes, the more the field of possible discoveries expands… and the Church in Japan is a part of this process.

After a year of pastoral visits, the new bishop in the Diocese of Saitama where I live, Mgr Mario Michiaki Yamanouchi,  brought about a great upheaval: more than half of the priests were moved between parishes. I was part of this group and, last April, I moved from the parish of Tokorozawa to Kawagoe, both parishes situated in the same pastoral sector and both of a similar size. This sector forms the ‘Western block’ of Saitama department, one of the four departments making up our Diocese of Saitama.

However, the history of these two parishes is completely different:  Kawagoe is also called ‘little Edo’ from the former name of the capital of Japan, which became Tokyo. A town steeped in history, with its old quarter a magnet for tourists, its numerous Buddhist temples and Shinto shrines, it is known for its resistance to Catholic missionaries at the beginning of the twentieth century. In the end, this was the location of the first parish in Saitama department over 100 years ago. Tokorozawa is a parish created about 60 years ago from Kawagoe, following the development of a town that welcomed maintenance workshops for a train company and then also became a dormitory town for people working in Tokyo who were looking for cheap accommodation.

It was strange to go from one parish to another in the midst of Covid-19 as there had been no pastoral activity in either of the parishes! I was unable to thank and say goodbye to the parishioners in Tokorozawa and also, to this day, have been unable to greet the community that is welcoming me to Kawagoe as Mass only restarted on 21 June, just one per Sunday and with drastic restrictions on the number of participants and how they can be greeted.

For many years the parish has been involved in helping homeless people, and there is a group called ‘onigiri-No-Kaï’ (a meeting of ‘onigiri’, which  are small rectangular blocks of rice stuffed with, most often, a little vegetable or a pickled plum and wrapped in a dried leaf of seaweed) that supports them. Twice a month people from the parish and the surrounding area meet to prepare a meal which will be shared with the homeless. There is also a ‘changing room’ to provide them with clothing and a (retired) nurse is there to give any medical assistance or medicines that may be required. A doctor from the parish can also help with more serious cases that require hospitalisation. With Covid-19, the shared meal has been suspended, but replaced with the preparation of food bags which are distributed. This is much less convivial but better than nothing.

Since last May, distribution of food has expanded to include young Vietnamese who have lost their jobs because of Covid-19. This is coordinated by an emergency group (material and food aid for people in difficulties, including many foreigners from Latin America, Africa, and now, Vietnam) that forms part of the pastoral sector and asks for food donations, and also receives aid from the local food bank.

The parish also has on its land a very promising diocesan pastoral centre which the bishop has asked me to revive. Currently it hosts an NGO from the city of Kawagoe dedicated to coordinating academic support for middle and high school students with family and / or academic difficulties. I have already got to know the two coordinators of the organisation.

Following the impact of Covid-19 on employment, in this centre we have also been looking after Vietnamese students and interns who were let go by their employers in March… When their resources ran out, they sought help from the Vietnamese community as there is a strong Catholic Vietnamese presence in Kawagoe. This became an opportunity – with the approval of the diocese – to organise an emergency welcome, even if limited in number, for some of them who are waiting for the opportunity to return to Vietnam: there had been no flights from March and they only resumed in July… and there are more than 20 000 young people waiting to get back home! Plane tickets are issued in very limited numbers by the Vietnamese Embassy in Japan and at double the usual price.

So here I am at the very beginning of a new pastoral experience and once more I have to learn everything, in the joy of the Gospels! 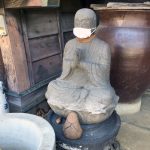 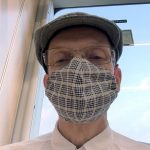 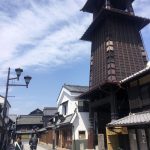