At the gates of St Anne’s Hospital


Father Jean-Yves Lhomme, an MEP priest, has been living on l’île Rouge since 1986. Together with Mgr José Alfredo Caires de Nobreg, he started a project to build a hospital for the poor in Mananjary, on the south-east coast. Today, despite construction problems and many years of delay due to the pandemic, the project is finally approaching completion. A year that has been difficult for the whole world has just ended. Just possibly, this year, our wishes and desires will take on additional power as the pandemic facing all of humanity seems far from over. Of course we feel more vulnerable This is a kind of poverty from which we cannot escape, which leads us to think about our own lives, our own futures, the future of the planet and also creates changes within us, bringing about profound shifts for some of us.  A real struggle has begun far from the world of science and medicine. Changes in consciousness in many areas could both discourage and demotivate us. But I don’t even think about them! The converse is true, even though it has been pretty difficult over the past two years. It has been difficult to continue with the project, to find the necessary skills in the country, to recruit doctors and surgeons, to welcome friends coming from France to lend us a hand, and we have had to postpone the opening of the hospital and many other things.

You could summarise it all in one word: ‘Difficult!’. Even so – yes, we are nearly ready! You might well say to me: ‘finally!’. We are all looking forward impatiently to the completion of the project!

We had three Covid-19 cases on site in December, which all ended well. They were detected by Doctor Alain Bernasy, the hospital doctor whom I recruited last August. Doctor Bernasy came originally from Nosy Baraha and retired from his career in the public health service in April 2021 in the capital. He worked for several years in France, also in the public health service, working in hospitals in particular. He gained a wide range of skills in different areas, including, among others, in emergency medicine. I am even more pleased with his appointment because of his experience of the workings of hospitals outside of Madagascar. While waiting for the granting of St Anne’s Hospital approval number from the Ministry of Health, he has been helping to look after the personnel working on the site and their families. He has also provided invaluable help as regards the placing of supplies in different departments, making inventories of the hospital’s resources, what it still needs and also what we are in the process of acquiring. He has also been setting up operational protocols and has been helping me create the file to apply for permission to open. This is a long and complicated task, as there are so many backup documents to be included. On this first day of the year, the file should be complete in a few days. I still have to list all the doctors, surgeons and paramedics that are needed for the hospital’s operation, collect copies of all diplomas and proofs of title, employment contracts, cvs, etc. All of this has taken more time than anticipated as it was not at all easy to find all the qualified and certified personnel that we needed. The public health service is itself understaffed. To understand just how difficult this is, just take as an example the situation with medical radiology technicians. This year in the capital city there are only about twenty students for the whole of the country. It’s not enough! I spent a lot of time looking for a potential candidate for St Anne’s hospital. Fortunately it has all come together since December. Christian is arriving in the next few days. Even though he is originally from the North of the country and is just completing a temporary job in the capital, he seems happy to come here as he likes the work conditions he has been offered.

After so much work, the project is coming together

I was aware that the construction of the hospital that we envisaged, getting even a little closer to the standards that we are used to, would not be easy. As it happens, I have fully experienced the reality of this challenge over all these years. Although it has required a lot of patience, we are finally reaching the goal. I should say ‘our joint patience’ since, throughout this time, your loyalty and generosity have never wavered and that is what has made it possible to reach the goal. There is still the mother/baby centre to be built (maternity, paediatrics, obstetrics, gynaecology) and also, as we are already short of space, a store-room. In the meantime these specialities will be looked after in the medical and surgical departments. A large room has already been set up as a delivery room. I think I will be able, in the next few days, to go to the capital to submit the application for the opening of the hospital to the Ministry of Health, and to obtain, without too much delay, a permit number as well as its publication in the official journal. I hope this will not take too long as the President of the Republic, Andry Rajoelina, when he came to Mananjary in mid-October to establish a region and a prefecture, was informed of the existence of St Anne’s Hospital by our Governor, who is also our medical inspector. He was very interested in the project and asked if the hospital was already operational. He was told that I was preparing the application for it to be opened. He should be returning to Mananjary in a few months’ time as part of the management team for the new region and, as he informed our Governor, will also inaugurate St Anne’s Hospital. It would be ideal if the inauguration could be in the presence of all the staff and patients.

Right from the beginning of the project I have often been asked about the need to build a Catholic, i.e. a private, hospital, if there are already public hospitals. There are various ways to answer this question; it is simple to answer that there is a huge need and that there are many private establishments throughout the country. The bishop and missionaries are often asked to respond to requests for assistance, particularly as regards surgical interventions.

Private and public collaboration for the hospital

In his letter to the Minister of Health, the bishop of Mananjary, Mgr José Alfredo, wrote that the Catholic Church would like to make its contribution and to take part in important national and health projects. There is already a wonderful collaboration between the head doctor at the public hospital, who is also a surgeon, and ourselves, and this will strengthen over time. Doctor Rinah is very happy to perform operations at St Anne’s Hospital when our own surgeon is away or on leave and when we have emergencies. If required, we will make our own facilities available to him. We will happily share any consumables or materials that arrive by containers organised by friends of St Anne’s Hospital, where we already have these goods, with the public hospital. There should not be any competition between public and private, just a totality of health facilities to serve the entire population. While compiling the application for permission to open the hospital, I took the decision to apply the same tariffs as the public hospital with, in addition, free treatment for indigenous people, on presentation of a certificate signed by the mayor of the commune where they live, in accordance with current regulations. This is not an insignificant step, as there is a difference between the public and private arenas in this particular respect. I rely once again on everyone’s friendship and generosity because, even though St Anne’s Hospital is not-for-profit, it still has to continue and to achieve the goals that have been set. Although I have total confidence in divine providence, that does not make me any less realistic, and I have been aware of the enormous responsibility since the beginnings of the project for a hospital for the poor.

A united and human adventure

We have often used the word ‘Adventure’ in its original sense, meaning something that is about to happen. And now it has happened! There are a great many of you who have taken it on yourselves to live this adventure together and, for the most part, without even knowing each other! Isn’t that just amazing in itself? That is how we have arrived at this point and we will continue like this, if this is your wish, to make St Anne’s Hospital function, always of course within the means that are available to us, however modest these may be. There comes a time when it is the heart that leads and tells us what we have and what we can do. Once again, I do not have the words to express my profound gratitude because, in addition to your generosity, it has always been your presence that has made it possible for me to continue unwaveringly and to proceed through the many different stages and, sometimes, obstacles. We will soon be entering the stage of opening, no doubt equally exciting, and no doubt with its own challenges!

Guénolé and Marie, a volunteer couple from MEP in Paris, arrived here at the end of November. Guénolé is an IT technician. He is currently installing computers in the different departments and he will be the accountant. His wife Marie, who is a clinical psychologist, will be my assistant to ensure smooth running of the hospital on an everyday basis.

Speaking as the missionary that I am, please allow me to share with you this prayer from the Book of Numbers which I just read this morning: ‘May the Lord bless you and keep you! May the Lord make his face shine upon you, may he take you into grace! May the Lord turn his face towards you, may he bring you peace!’ 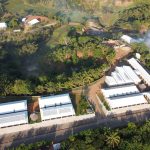 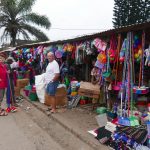 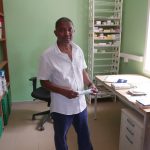 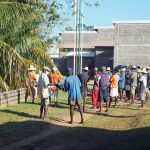 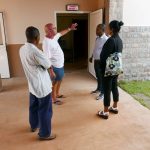 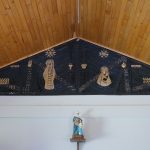 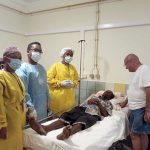 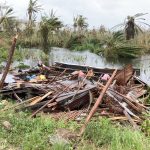 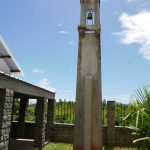 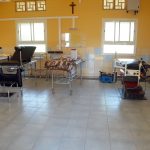