Being a missionary involves accompanying people


After being sent to Vietnam and Hong Kong, Father Paul has been in contact with young people who have been involved in different rebellions since the terrible demonstrations in Tiananmen Square. For him, the mission has included many battles for social justice. 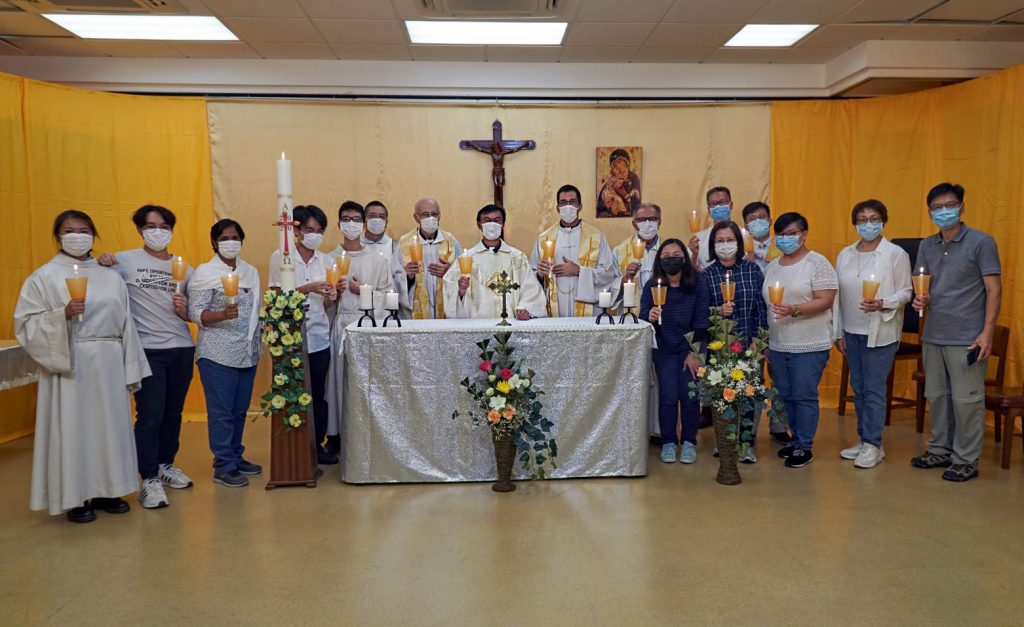 My father often said: ‘You learn something every day’. He was orphaned at a young age but by the time he was nine years old, my father knew how to milk cows, work the fields, make hay and gather in the harvest. Later he learned to train horses and to manage forests. Together with my mum he was able to raise a big family and personally pay for his children’s education. Like my mother, he had the courage and, even more, the humility to say throughout his experience in life, which also included some failures: ‘Every day you learn something new!’. It was in this way that my parents lived a very missionary life.

I am now close to the age that my father reached. This has enabled me to discover that our missionary lives are filled with good memories. The more we allow ourselves to be shaped and inspired by people’s needs and expectations, the more we become missionaries.  The life of a missionary is not made up primarily of courage to travel somewhere and the desire to spread the Good News. It is more a question of listening to the Word and Presence of God, which invite the missionary to embed themselves into people’s lives. The missionary is welcomed and ‘learns something every day’. He accompanies those who take up his initiatives in order to better achieve them. Often, he just accompanies those who are already involved in good initiatives!

I would like now to share some missionary experiences that I had while accompanying young people or their young communities in Vietnam and Hong Kong. In South Vietnam, in the years from 1967 to 1976, I discovered one of the paths of the mission. Living in the parish of Saint Francis Xavier, in the Catholic centre in Cholon, I got involved in the fabric of human relationships in the Chinese world. A catechumen introduced me to areas in the suburbs, in Phu Tho and Phu Tho Hoa, where poor people lived, many of them affected by incurable diseases such as leprosy, pneumonia and polio. Many children had no primary school education.

About thirty young friends, Christians and non-Christians from the centre of the town, wanted to come and look for me in those surroundings, where they had never set foot before… They found out together with me, actually better than me, what the families and the children actually needed. Between them, they created a community to do something about these needs. Three times a week, they visited and informed families and local councillors that they were going to set up an evening school for young people who had not been to school. They managed to create something that I would not have been able to achieve by myself. They created living, friendly and effective relationships, responding to primary needs in education, then providing ready meals, and helping with sewing. Paralysed children were taken into one of the few hospitals that specialise in polio. The person known to many as ‘the foreign phantom’  became one of their friends. The mission was involved in many acts of charity and supported volunteers. But the mission was also involved in many struggles for social justice. I would learn more about this in Hong Kong.

Between 1978 to 1994, members of the Young Christian Workers movement trained me in a review that they used to carry out in small groups of their lives and their activities. The life review begins by ‘seeing’ and ‘listening’, a slow process carried out to learn and understand more about the life of each young employee or family member. The life review helps us to move from causes to effects; it leads us to see and understand better and in this way to find a path and the means that will help to correct a personal or group situation that is causing pain. This helps us to look for a way in which together we can face and resolve the problem. Nothing will change without your participation: we need your thoughts, your wisdom and your patience to improve our common life and to make us happy.

The events of Tiananmen Square

It was through this life review that people became motivated to get involved in activities to protect human rights and to promote social justice. In 1989 I was deeply affected and shaken by the events in Beijing’s Tiananmen Square. My colleagues in the factory where I was working made flags to participate in marches in support of students in China. Three million marched in the streets of Hong Kong; I saw Hong Kong citizens carrying red flags with stars on them. They lived body and soul with the young people in Tiananmen Square, dreaming of democracy, wanting respect for the right to vote and to end corruption. They wanted to have a dialogue that would prevent tanks from advancing on the square and on the students. In the midst of the Young Christian Workers of Hong Kong that night, I cried with the others when I saw the tanks bypassing a protester and attack the young people. The next day, we met in a stadium on Hong Kong island to pray and sing, to support each other and in support of the aspirations of young people in search of solidarity. Very quickly, alarming news began to circulate: disruptive elements on the payroll of the system were present in various places in the territory of Hong-Kong, to apply Beijing’s directives. People spoke very quietly.

The years of discontent

On 1 July 1997, the General Secretary of the Party came from Beijing to Hong Kong to obtain the allegiance of the local government. This is appointed and supervised by the central authority, under the ‘one country, two systems’ concept. Hong Kong is to maintain its capitalist character, which is useful both for the territory itself and for all of China. All manufacturing has already been transferred to the mainland. Hong Kong’s banks and port serve the Chinese mainland and Chinese trade.

That same day, 1 July 1997, a contingent of over 6 000 soldiers crossed the border into Hong Kong and were billeted in different parts of the territory. The head of the local government found themselves between a rock and a hard place, between China and the local population. The slogan ‘one country, two systems’ had too short a lifetime to establish the future of Hong Kong. In 2012, the people of Hong Kong expressed their discontent in the streets, because their democratic rights were being increasingly threatened, and the rise in property prices made it impossible for them to purchase homes for their families. Christians could not ignore these voices, they were worried by them and they supported them, even more because, that same year, the hand of Beijing was seen interfering with local affairs, rewriting the history contained in school textbooks!

In 2014, voters in Hong Kong demanded elections with universal suffrage. The Students’ Federation opposed the nomination – to be approved by Beijing – of future candidates for election to the post of Chief Executive. They organised a campaign of civil disobedience and occupied – peacefully – the entire centre of Hong Kong. This was the movement that was called the ‘umbrella revolution’. From September to December, this movement galvanised the young and provoked conflict in society. I happened to walk with these demonstrators, to be called to take part in times of prayer organised by them and to celebrate the Eucharist.

As the years pass, Hong Kong is approaching the fateful year of 2047. In that year Hong Kong will move to a new slogan: ‘one country, one system’, and will be integrated into the Chinese system. Before 1997, the people of Hong Kong had thought and hoped that China would become more open and that they would play a role in that opening. In 2019 the time came to defy Beijing. The Chinese leaders tried to enact a new law in Hong Kong, which would oblige certain people who breached the law to be extradited to China to be tried there! The Chief Executive of Hong Kong collaborated with this request. In the past, people adapted to different life and work circumstances in Hong Kong. They thought they would be moving in the direction of a better future. The local government, as also the government of China, were taken by surprise by the demonstrations of young people, which woke up the older generation, defied Beijing and refused to let themselves be subordinated by an authoritarian regime. It was a time to act and to ‘think that the future is with us: we are not rioters, we just reject tyranny’.

This led to an escalation of rioting and to the following demands being made: withdraw the draft law concerning extradition and trial in China. It took three months of complaints, which resulted in the strengthening of the popular movement and its demands. Demonstrators were injured, many disappeared under the blows of the police and its allies, the triads that were on China’s payroll. Demands were made for compensation for the injured, for the release of those detained and inquiries into police brutality.

There was no response to these requests. Hong Kong may have been the third most important financial centre in the world, but life there was becoming ever more expensive and complex. ‘Our government is just caving in to demands from Beijing, it will not do anything, whether to pass democratic reforms or to respond to our demands’. The fight was difficult, but the Hong Kong demonstrators knew that if they lost this battle, their future was bleak.

We shall continue to believe in human betterment and to pray for a better life together. My father used to say ‘you have to believe in it ; but on this path ‘there is still much to learn’. 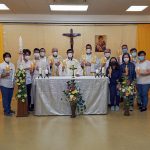 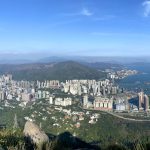