Pianist Cathy Cheongmi Park conducted Gounod’s solemn Mass in honour of St Cecilia for the MEP martyrs, and that changed everything. Having grown up in a Protestant family, I didn’t know much about the Catholic Church and I had lots of prejudices about it. For me, it was a sect that ‘involved adoration of Mary and the Pope’. I thought of it as a decadent Church from the past, because of the indulgences.

In Korea, Protestant sects such as the Unification Church, the Shinchonji sect and others have created many social problems. When their pastors act like gurus, the Protestant faithful do not recognise them, they become afraid and leave. In most Protestant churches, people also think of the Catholic Church as a sect, and of Catholics as non-believers who need to be re-educated.

My prejudices about the Catholic Church

As an elder in one of the most conservative Presbyterian churches, my father was well known to pastors as a benefactor and patron for the construction of churches. Like him, I had quite naturally thought of the Catholic Church for a long time as a sect, because of the general prejudice in Protestant churches. This continued until the day that a single event made me completely change my opinion: the Solemn Mass in honour of Saint Cecilia by Gounod.

I had freed myself from the influence of my parents, who were devout believers, and I had stopped going to church. Having escaped from such a rigid environment, I was beginning, for the first time, to be satisfied with my life. I was looking for God and I wanted to offer a faith ‘in spirit and truth’ (John 4, 24). As music was my specialisation, I naturally became interested in religious music. As the Reformed Churches of Korea were influenced by American evangelists linked to Chicago, there was an atmosphere resembling that of concerts, using music and electronic drums for the glory of the Gospel. However, when taking part in Anglican and Catholic ceremonies, I found Masses and the Gregorian chant particularly moving.

As I loved classical music, I was very much affected by the beautiful harmonies and the musical expression in Gounod’s secular operas such as Faust or Romeo and Juliet. But at that time, when I did not know Gounod’s music very well, I heard for the first time, in the marriage scene in Romeo and Juliet, the voice of the baritone as the priest. The religious depth of that passage made a deep impression on me.

At that moment, I was certain that the composer of that music was a Christian with a deep faith. Many musicians have composed Masses, but they have not been able to create such a powerful and confident expression of faith as did Gounod. Having studied religious music, when I listened to Gounod’s Solemn Mass, I thought that ‘God welcomed this confident profession of faith with joy’.

Gounod’s Solemn Mass sends a magnificent message about the Gospel that is easily understood by the general public and I believe it has great value for the missions, thanks to Gounod’s exceptional musical expression.

Personally, I sometimes listen to Mozart’s Coronation Mass, which I like a lot, it’s the pleasure of hearing a delightful secular opera. If I listen to the music of the Mass with a praying heart, my heart leaps like it does in the Marriage of Figaro and, without really understanding why, my prayer is disturbed by the fact that this music is being used to illustrate a secular story. Schubert’s Mass, obviously, is a beautiful Mass from the point of view of the music but, when you get to the Credo, that evokes a faith that is just not very strong. I don’t feel a strong declaration of faith but rather a soul whose faith is like the light of a candle, wavering in the wind. If you study the justification of faith in St Paul, I think it’s clear that faith is what pleases God.

‘For in it is revealed the saving justice of God – a justice based on faith and addressed to faith. As it says in scripture: ‘Anyone who is upright through faith will live’ ‘ (Letter to the Romans 1, 17).  When Abraham left his country because of his faith and when he offered Isaac in sacrifice on Mount Moriah, his faith then was different from what it had been at the beginning.

It seems to me that there is an evolution in faith. Gounod was not a person who had the faith of a young person but a person with a profound faith. We must grow and develop, not just with a faith from our mother’s milk but also with deep roots (Hebrews 5,12 and 6, 1-2). God does not rejoice in a stagnant faith, but one that has matured.

Gounod experienced, through real events close to him, the faith of saints who were martyred in Asia and Chosun. By thinking of the MEP martyrs, he expresses in his Solemn Mass the profound feelings for the mission that he himself could not join. I think it is this that explains his wonderful musical expressiveness. I don’t know if it’s because I was interested in the Catholic faithful in Korea but, for me, as a Protestant, I did not know anything about these events and I was completely overwhelmed when I discovered the sacrifices made by French martyrs.

Protestant Christians know that the Protestant church was established in Korea 130 years ago by Horace Grant Underwood (1859-1916) and Henry Gerhard Appenzeller (1858-1902). However, a hundred years earlier, which is 250 years ago now, French missionaries suffered martyrdom, even by decapitation, in the Kingdom of Chosun. In their youth they had renounced a comfortable and wealthy world to take the Gospel to the people of Chosun, who lived in poverty. They suffered hunger and a hostile environment. They were arrested and suffered the death penalty on the spot to protect the faithful of Chosun. As in the days of Stephen’s martyrdom, they manifested the glory and power of God with the believers in Chosun.

Today, Korea is economically developed and the Reformed Churches have also undergone rapid development. Because of the blood shed by the martyrs, I think that the Protestant Churches should no longer think of the Catholic Church as a sect. Protestant Churches and the Catholic Church are sister churches that should fulfil their mission as universal churches and, professing the same faith, speak of love and the Gospel of Jesus Christ. I have shared my views with the pastors that I know, many of them are of the same opinion and were amazed to learn about the martyrdom of the French priests who arrived a century before the Protestant missionaries.

After learning about the martyrs through Gounod’s Solemn Mass in honour of St Cecilia, every time I hear this Mass, I remember the sacrifice of the martyred MEP saints in Chosun and the love of God, and I find myself in tears, as I am bathed by emotions that render me speechless.

I have written these lines in all sincerity to thank and to show my respect for the MEP priests who are continuing to proclaim, throughout Asia, the Indian Ocean and also in their centre in Paris, the Gospel and the love of Jesus in the hearts of those martyred saints who preceded them. 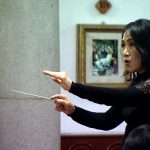 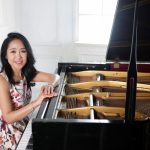 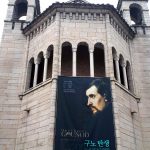 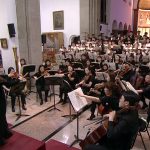