On May 29, 2018, six young indonesian deacons were ordained priests for the diocese of Palembang on the island of Sumatra in Indonesia. The same day, Father Jean Moriceau, who lives in the village of Sindang, celebrated his 69th anniversary of priesthood. 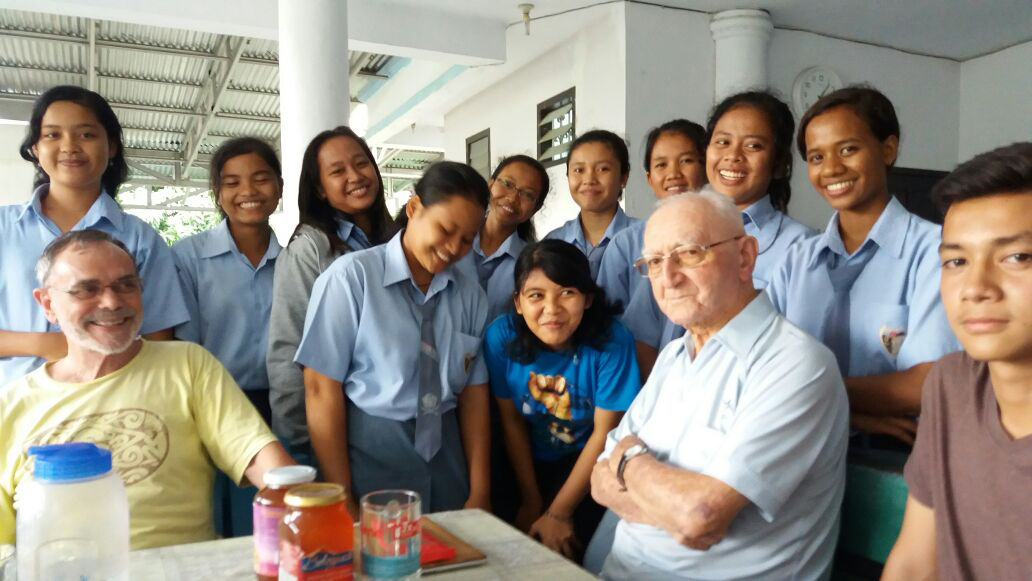 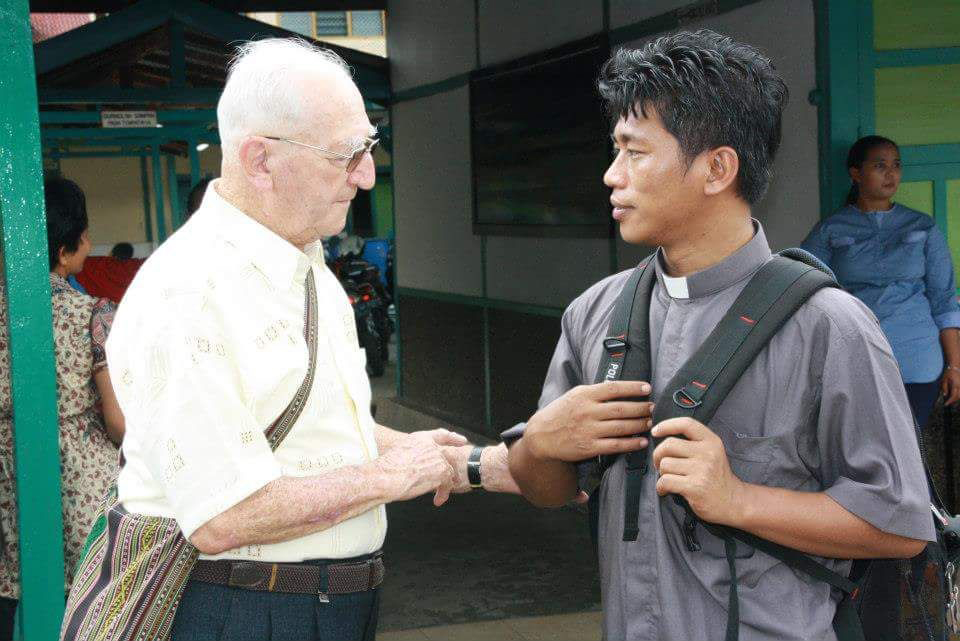 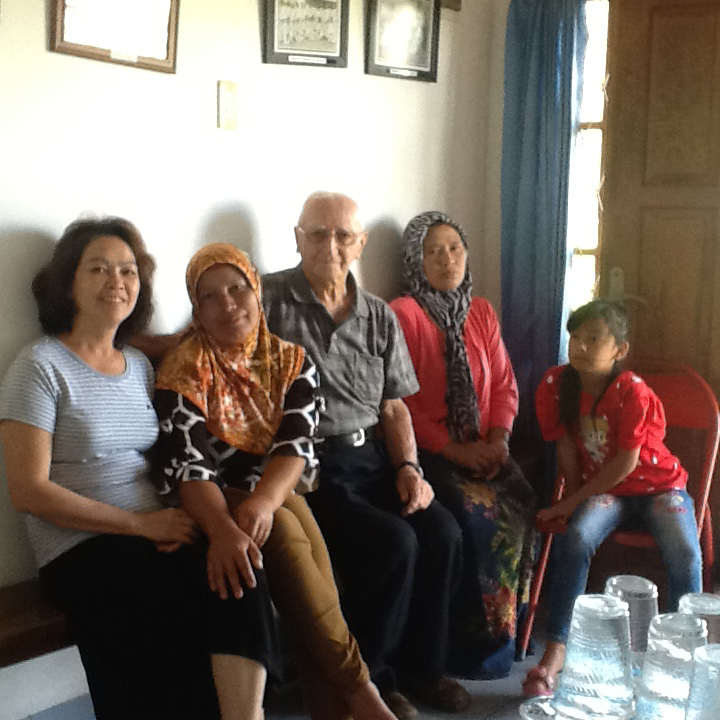 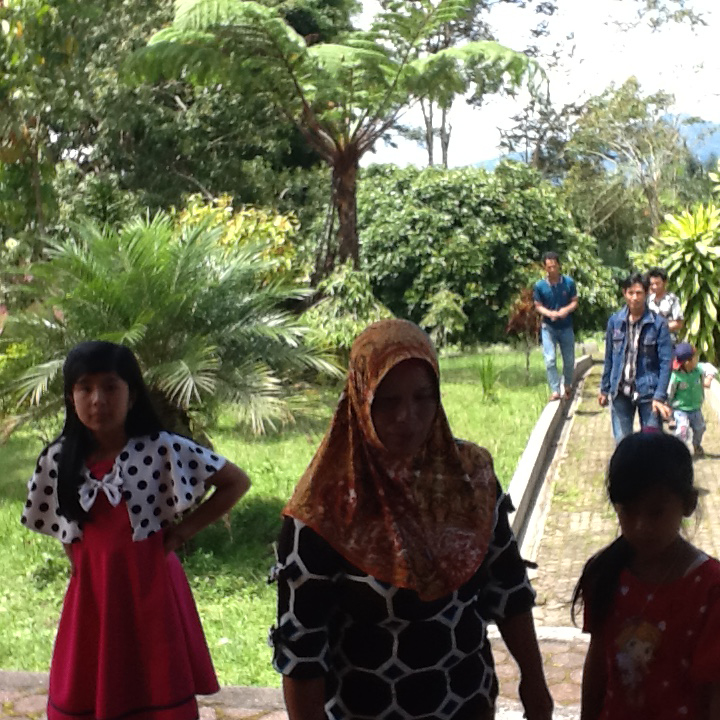 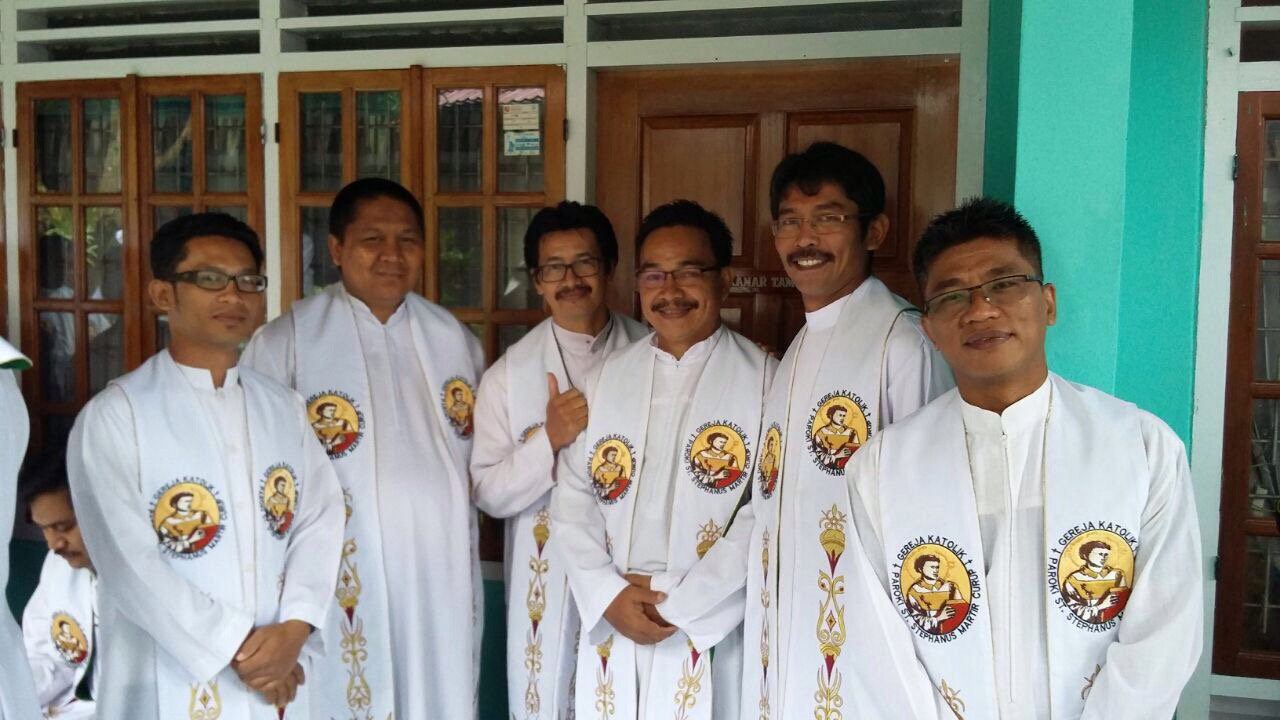 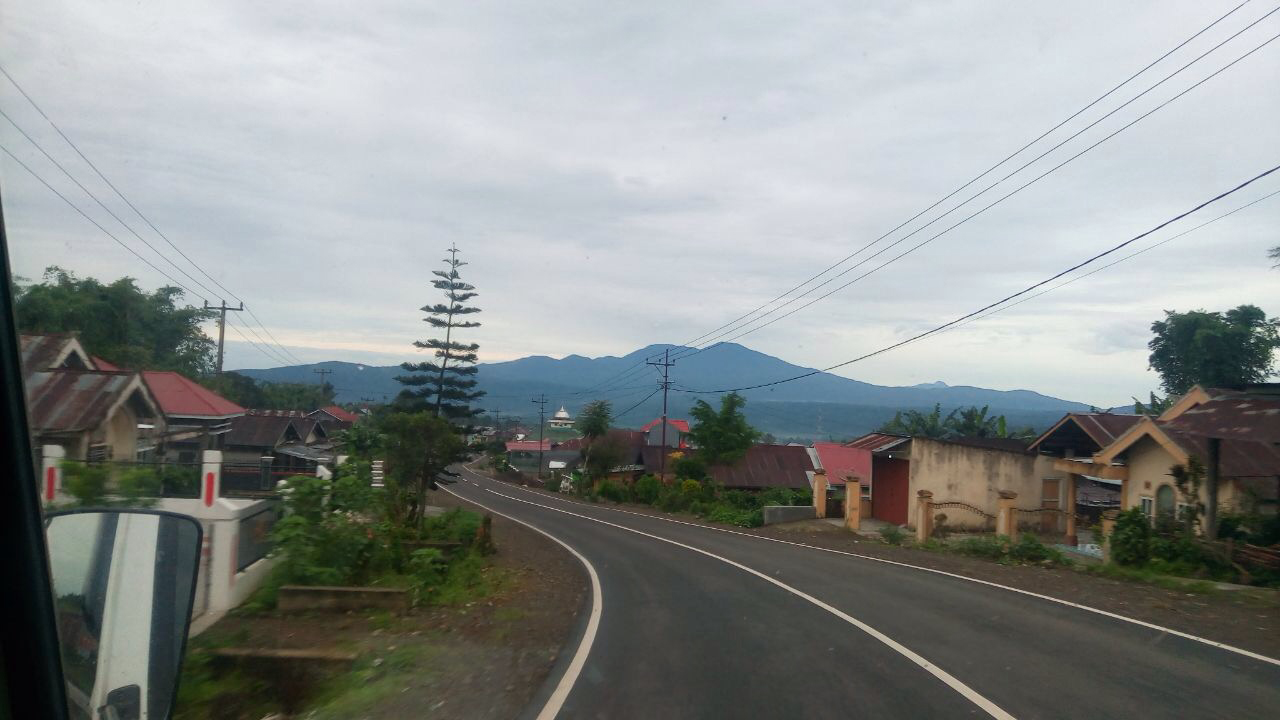 Jean Moriceau, 92 years of age, was in France during the month of April to be treated for a bad fall. But no question for him to stay here, he means to return to Indonesia for the priestly ordination of the six young indonesian deacons.

His mission is situated to the south-west of the island of Sumatra, in Indonesia. The great province of Bengkulu has only two parishes :  the one of Bengkulu, which covers six departments and stretches over 563 kilometers in length, which will soon be divided into distinct parishes, and one, smaller, of Curup, of which he was the only priest for a long time.

Father Jean Moriceau lives today retired in Sindang, a small village thirty kilometers away from Curup, the capital of the district. It is a mountain village which culminates at 1,000 meters and is a part of the mountain chain Bukit Barisan which extends from one end to another of the island of Sumatra. It is built from the eastern buttress of the « Bukit (hill) Kaba », a volcano which has been dormant for tens or hundreds of thousands of years.

The interreligious on a daily basis

The village of Sindang is populated mainly by migrant families of javanese origin installed there since the 1950’s. The church is forty meters from the mosque and below it.

The village counts 137 christian families, 712 muslim families and 49 buddhist families. Father Moriceau, who knows the inhabitants of his village so well, has the numbers perfectly in his head, in this country where each person’s religion is noted on his or her identity card, even though this requirement has been cancelled recently.

He emphasizes the good relations between the inhabitants of different religions. This harmony is shown in the different events of life – marriages, births, deaths – as in everyday life. Everyone is invited and everyone helps in the preparation of the feasts – decoration, food, construction of bamboo shelters for the reception.

The three important religious holidays, the Idul Fitri, which marks the end of fasting of the Ramadan for the muslims, the feast of Wasak for the buddhists and Easter for the christians, are celebrated in the respective places of worship for several days. On these occasions, all the families pay each other visits : « At the end of Ramadan, all the christians visit the muslims, and at Easter, all the muslims visit the christians ». The children go through the villages, stopping for a few minutes at each house to eat candies. « It is a real feast, he says, with alot of liveliness and joy experienced with mutual respect. The festivities surrounding the celebration of Easter are exceptional in Sindang ». Father Moriceau receives the inhabitants of the village including numerous muslims each year during Easter.

Although this daily harmony is quite real, there are certain tensions surrounding the issue if mixed marriages. « The question of marriage is critical, admits Father Jean, if one is not of the same religion, the marriage will not be recognizes civilly ». Indonesian law does not recognize the marriages between members of different religions. When the question arises, one of the spouses must convert to the religion of the other. This makes the marriage more difficult to accept by the families. « Some muslims are courageous enough to cut themselves off from their traditional surroundings to marry a christian, but this remains a big problem », he regrets.

He sometimes baptizes adults at the occasion of their marriage : « Before, there were muslims who became christians, but it is less frequent these days, except in the big cities, where conversion is easier ».

« The 50th anniversary of the parish of Curup will be celebated on the 7th of January, where I have stayed for over 39 years ! » smiles Father Jean. On that occasion, his seven successors in Curup were present for the celebration, with the archbishop ordainning the six deacons who became priests in Palembang on May 29. There are twelve nuns from Sindang as well, spread out between several congregations, with three who are members of the Sisters of Jeanne Delanoue. « When I was at Curuon, I was the only priest for the whole parish », he points out.

When he arrived in the diocese of Palembang in 1976, there weren’t any Indonesian diocesan priests. Today, Palembang has become an archdiocese with 42 local priests and there are 40 in the neighboring diocese of Tanjung Karang which corresponds to the province of Lampung. « You know, one of the goals of the MEP is to form a local clergy » he reminds. The mission seems completely successful, as today, the local clergy has completely replaced the foreign missionnaries.

This upsurge of vocations has created new needs. In 1997, his bishop asked him to build a center dedicated to retreats and the training of christians in the region : « With the help of the MEP, we have built in Sindang a house for recollections, retreats, sessions, and pastoral councils for the reunions of novices and seminarians. We reunite each month the priests of the eleven parishes of the two provinces of Bengkulu and Jambi. This project has become absolutely necessary. » The center for recollections of Sindang is now up and running.

Enthusiastic in describing the festivities surrounding the ordinations and the activities of the center for recollections, Father Jean Moriceau prepares to come back to this little corner of Indonesia which he himself calls « a little paradise ».