From volunteering to a religious vocation


In 2011, Aude Rolland left as an MEP volunteer to live with the Karens in Thailand. Upon her return, she became a member of the community of Chemin Neuf (New Path) which sent her to Manila, in the Philippines. She is currently living her religious vocation at the abbey of Notre-Dame des Dombes in the Ain. Encounter. 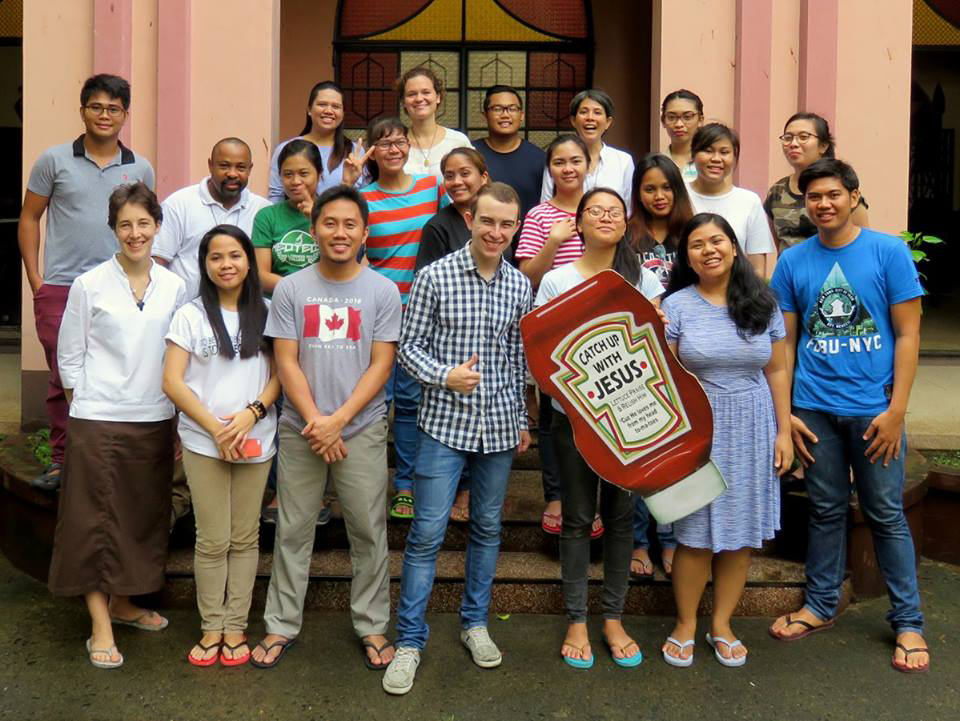 With the youg people of the Manilla foyer. 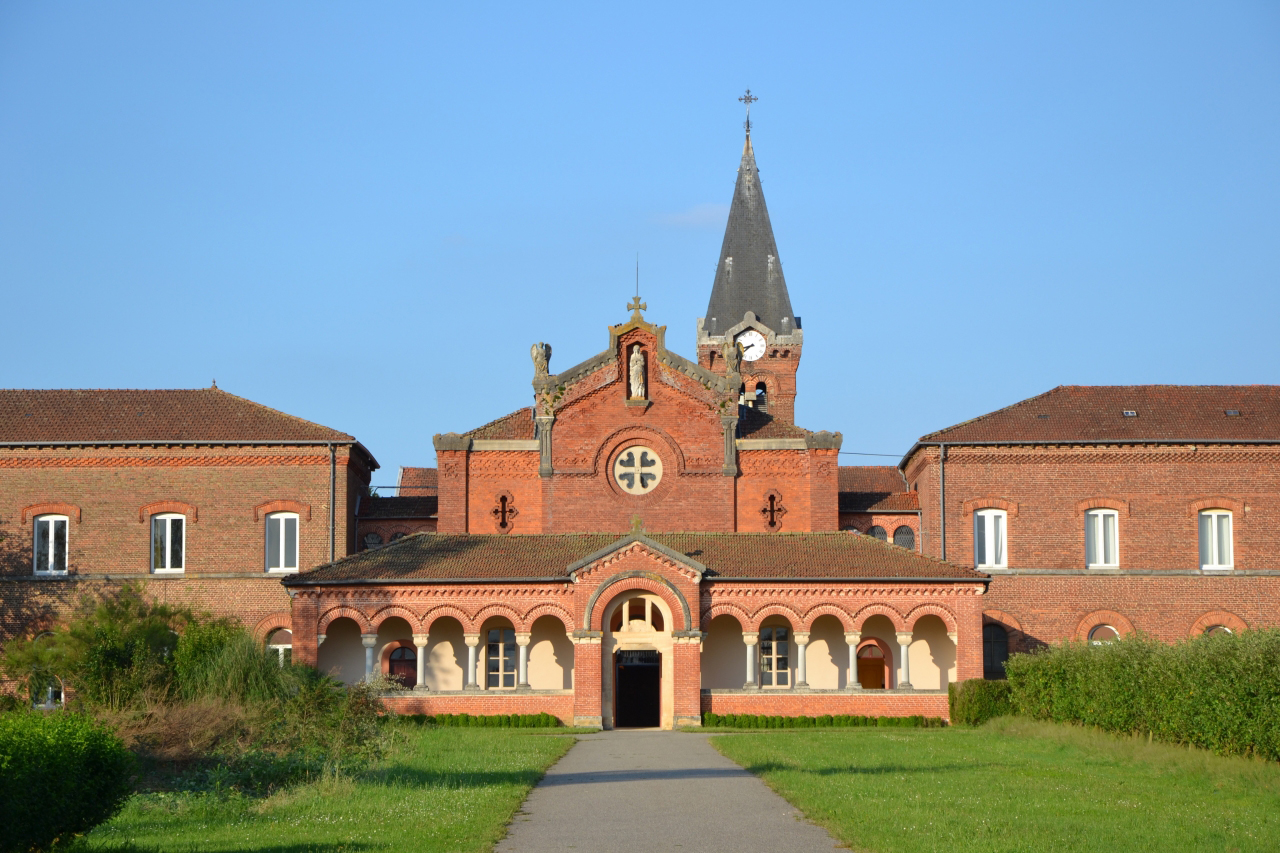 Abbey of Our Lady of Dombes. 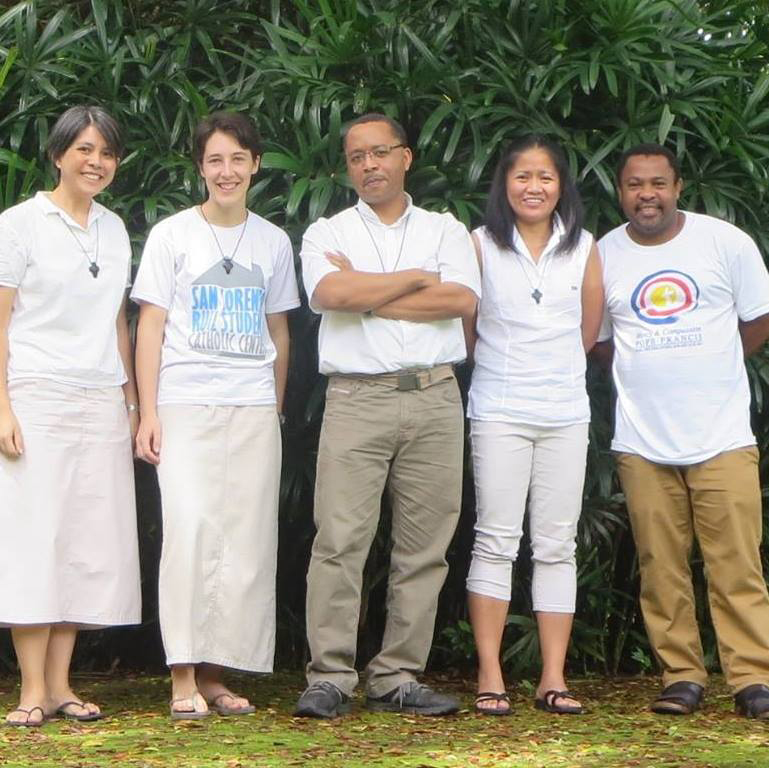 The community in Manilla. 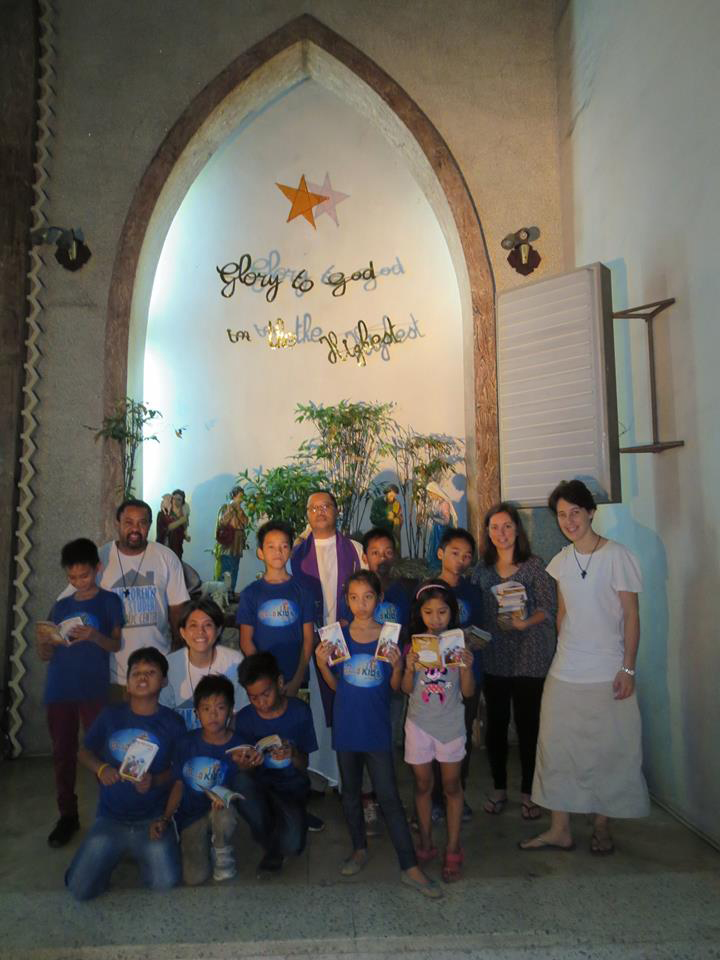 With the children of the neighbourhood in Manilla. 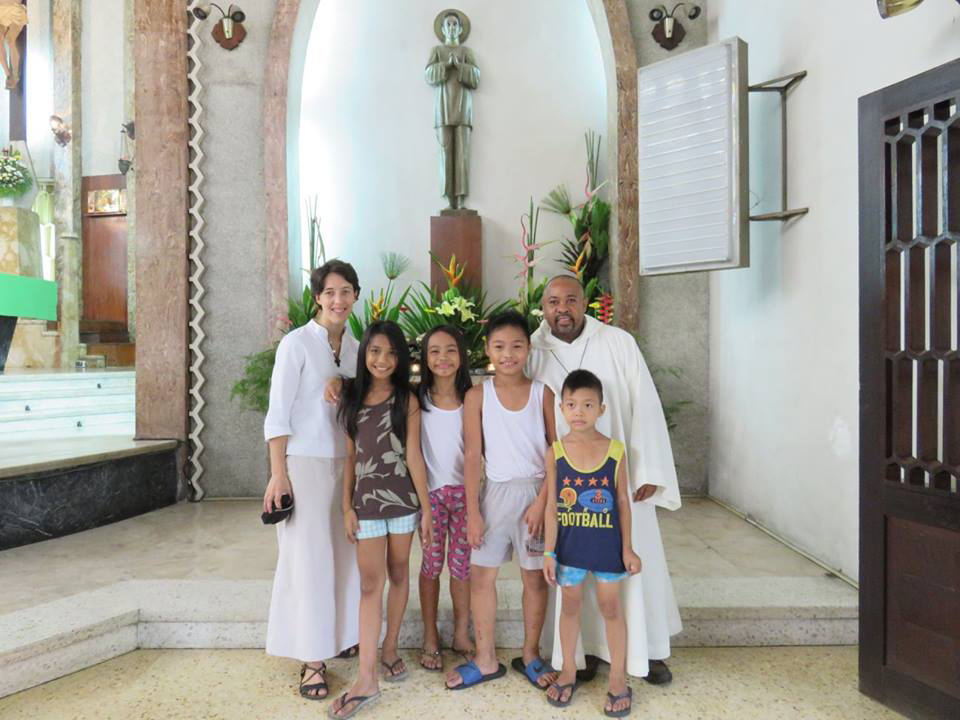 With the children of the neighbourhood in Manilla.

Very truly, I tell you, anyone who does not enter the sheepfold by the gate but climbs in by another way is a thief and a bandit. 2 The one who enters by the gate is the shepherd of the sheep. 3 The gatekeeper opens the gate for him, and the sheep hear his voice. He calls his own sheep by name and leads them out. 4 When he has brought out all his own, he goes ahead of them, and the sheep follow him because they know his voice. (John 10, 1-4). It is this exterior, this duc in altum (Luke 5, 4) addressed to the Christ by Simon, which constitutes, according to Sister Aude Rolland, the guiding line of her religious vocation.

This trust towards the shepherd who leads his sheep outside, who does not keep them locked up in the sheephold. Dare the unknown, in short. In this religious vocation, is included one year of volunteering in Thailand, among the Karens, from september 2011 to october 2012. She had just received her diploma as an engineer, and decided to leave towards the unknown which draws her out, and fascinates her. To understand this choice of Sister Aude, one must understand that her volunteering was not a parenthesis, a « year given », as if all the other years should not be. Nor was it a desire for a radical change, a tabula rasa, with the hope that far away, things would be different. No, Thailand, Asia, Volunteering, all that was just a stop on her path, rather than a change in direction. In fact, when Aude left, she already knew strongly that the Lord wanted her to lead a religious life, more specifically, at the community of Chemin Neuf. The time spent as a volunteer would serve as a time of reflection, maturing, as a passage from a sudden attraction for this community encountered at the World Youth Day in Madrid in 2011, to the peaceful certitude that this was where the Christ wanted her to be. Her mission had two objectives. First, to leave, and reflect better on her decision, far from her family and her country, and think of what she would have to sacrifice – namely an attractive contract which she received upon the end of her schooling. Next, to discover a completely different world where she would ask herself a question which came up during her year with Erasmus in Scotland, where she made friends with a young chinese woman : what does it really mean, to be catholic ?

A land where everything is shared

Thailand – a mission given, not chosen, as always with the MEP – is therefore the opportunity for the young woman to confirm her choice to become a nun, which arose during her studies, and give her life completely to Jesus Christ. There, at Phade, she was an English teacher and co-manager of a home for young people. She discovered a different Church, a way of living christianity differently from Paris, where she grew up and studied. In this community, everything is shared, the sorrows as well as the joys, especially in the home for young people she helped manage. « In a way, she affirms, the community life in Thailand reassured me in the beauty and rightness of my choice to enter a community myself when I returned to France ». It followed, therefore, that a few weeks after her return to France, Aude entered the community of Chemin Neuf, created in Lyon in 1970. Chemin Neuf is catholic, ignatian, ecumenical, and Aude is happy there, but what she likes in particular, is the international character of the community – « I was not done with Asia, and in a certain way, I knew it », she says with a smile. There, in the abbey of Our Lady of Dombes, she lives the otherness everyday, not only abroad, with the sixty Brothers and Sisters from fifteen different nationalities.

In 2014, Aude officially became Sister Aude, and pronounced her temporal vows of poverty, of chastity, of obedience, and of self-sacrifice for all christians. And soon, she would return to Asia : in 2015, she is sent once more by her community to Manila, in the Philippines, to take care of a home for students, until September 2017. Then she was asked to stay at the abbey of Our Lady of Dombes, in Ain, where the Chemin Neuf had established a training center for its members, as well as a retreat center – a hotel which Sister Aude now takes care of.

At the end of our interview, once we had gone over the different stages of her journey, she talked less, and her words were more pensive. « In the end, she says, the mission answered, in a way, my recurring question since my chinese friendship concerning the catholic character of my faith : with the Karens, as in the Philippines, and in France as well, even though the language is different, the gestures are the same, and Mass can be celebrated fully, understood completely ». That was a first answer. From her mission, Sister Aude keeps a definite attraction to Asia and a curiosity towards Buddhism – a curiosity which will grow more deeply, she affirms. She thinks she will return, and remembers with emotion the burial of a MEP Father in Bangkok, when she was there. She remembers, she says, being deeply moved by the testimony of a life given, and given radically and concretely for a people and for Christ.  Besides, she says : « I continue to pray regularly for the missionaries and the Churches of Asia ». The mission, Sister Aude reveals, « is the opportunity to grow closer to God, in the destitution it allows », because we often do not know the language, the customs, the people. The mission is « letting go of our plans, allowing ourselves to be disturbed – I like that word : disturbed ! ». Living this solitude, she underlines after some thought, « was a great blessing, and allowed me to discover with joy that « God alone is enough ».