In the footsteps of Martyrs


Jean-Thomas, MEP volunteer Situated at about one hundred kilometers from Phnom Penh, the Martyrs’ memorial of Cambodia was chosen as an annual pilgrimage site for students. Since I was the assistant of the parish foyer for the youth, I was sent with the seventeen students to travel the ten kilometers of the pilgrimage.

By a beautiful Sunday morning, we left Infant Jesus parish, in Phnom Penh, to join the different groups of young people coming from all over Cambodia.

From 1975 to 1979, during the Khmer Rouge period, the Catholic Church stayed hidden in Cambodia. It was neither very big nor very solid, but it was nevertheless composed of people who were strong in their faith. At the beginning of the conflict, Christians were forced to disperse in order to escape the Khmer Rouge soldiers who threatened the Cambodian population. During the four years of genocide, Cambodia counted hundreds of Christians who died for their faith; including Monsignor Chmar Salas, the first Cambodian bishop. In 2015, the vicariate of Phnom Penh began the process of canonizing the Martyrs. A memorial was created in the province of Kompong Thom in a place called “Taing Kauk”.

It was easier than last year (forty kilometers in two days) but we also had to look after the youngsters who had to be ready for classes on Monday morning. All this under a scorching heat.

Taing Kauk is hundred kilometers from Phnom Penh, but the manner of traveling a hundred kilometers is different from France. Hence, it was after a bumpy two and a half hours of drive inside an uncomfortable minivan that we arrived at the meeting place. It was a small Cambodian-styled country house (a wooden house, mounted on stilts for the rainy periods). The bishop waited for us to give a lesson. After a speech in Khmer which lasted one and a half hours, the bishop finished by presenting the oldest Christian of the region (87 years old) who improvised a simple and marvelous testimony. The objective of this pilgrimage was to teach two lessons: the first involved the young people, whom the bishop asked to reflect on their future, on what they wished to do, and what motivated them. The second theme was more focused on the devotion to the holy Virgin.

Dispositions of the heart

At 10:30 a.m., we begin our march, in a heat that did not scare the youth, who, for the most part, were used to living in these conditions. The walk was good for all of us. I got to know the youth in a different framework than at the foyer, and got to know them better. I understood their values, their qualities; they may not all be gifted for studies, but they had surprising dispositions of the heart.

At noon we had a Khmer meal, “Num ban chok”, rice noodles with fish. Easy to cook and much appreciated. I won’t hide from you that I had to swallow a liter of water and some vitamins to continue. I am not made like the Cambodians.

We carried on with a nap, then we listened to Mgr Olivier Schmitthaeusler for a lesson on the holy Virgin, evoking the rosary and the reasons for such a devotion.

The continuation of the walk began an hour afterwards, with a rosary to give some rhythm. The afternoon was hotter than the morning. All the chaplains were present to meet the youth on the path, taking time to talk to them, and, of course, making jokes to keep them motivated.

It was not a silent pilgrimage like I was accustomed to. This one was more oriented towards the sharing with the youth than the silence and inner dialogue with the Lord. We accepted the youngsters as they were and I found that very beautiful.

In connection with France

We arrived in mid-afternoon at the memorial. There was some free time for the youngsters to prepare tents and rest a little while the seminarians made preparations for a vigil of prayer in the manner of Taizé community.

Anecdotally, several Cambodian youth are sent each year by the three dioceses of Cambodia for training at Taizé, in Bourgogne. This allows them to discover Christians from all over the world, to follow catechism and visit France.

This evening was an occasion for me to discover the prayers of Taizé. And it was such a joy to sing in other languages than Khmer. It was an evening of thanksgiving for the day passed, and the youngsters were prayerful.

On Sunday morning, we woke up at dawn with a khmer breakfast, a Bobor, an excellent rice soup. Afterwards, we began preparations for the site for Mass. The bishop gave a beautiful homily for the youth and about the martyrs, presenting them as models to follow for the Cambodian Church.

After the Mass, we came together for a group photograph. Once the photograph was taken, it was time to say goodbye. We thanked the bishop, the organizing team, then headed back to the vans to return to Phnom Penh. It was yet another great event with the vicariate of Phnom Penh that left us all with fond souvenirs. 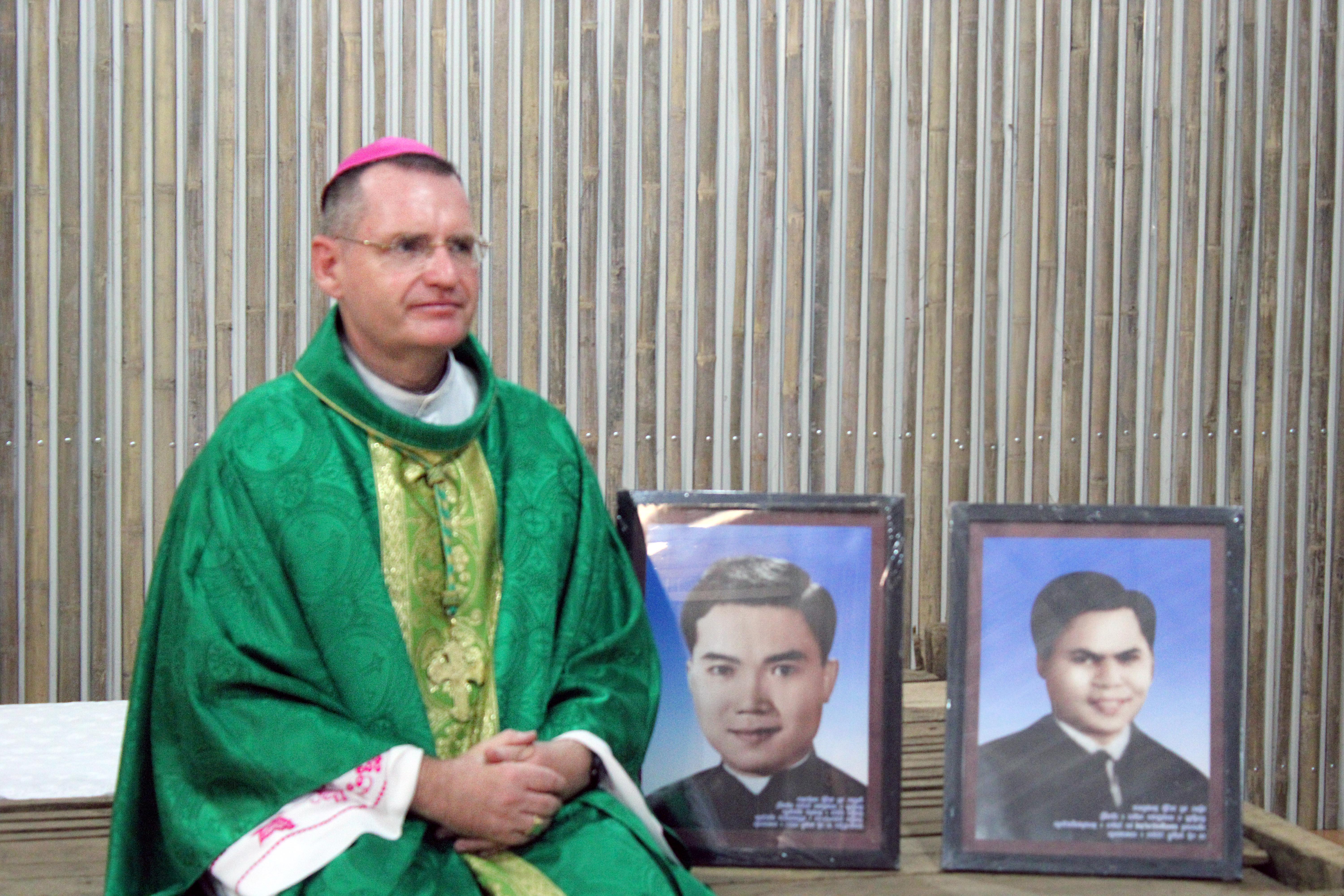 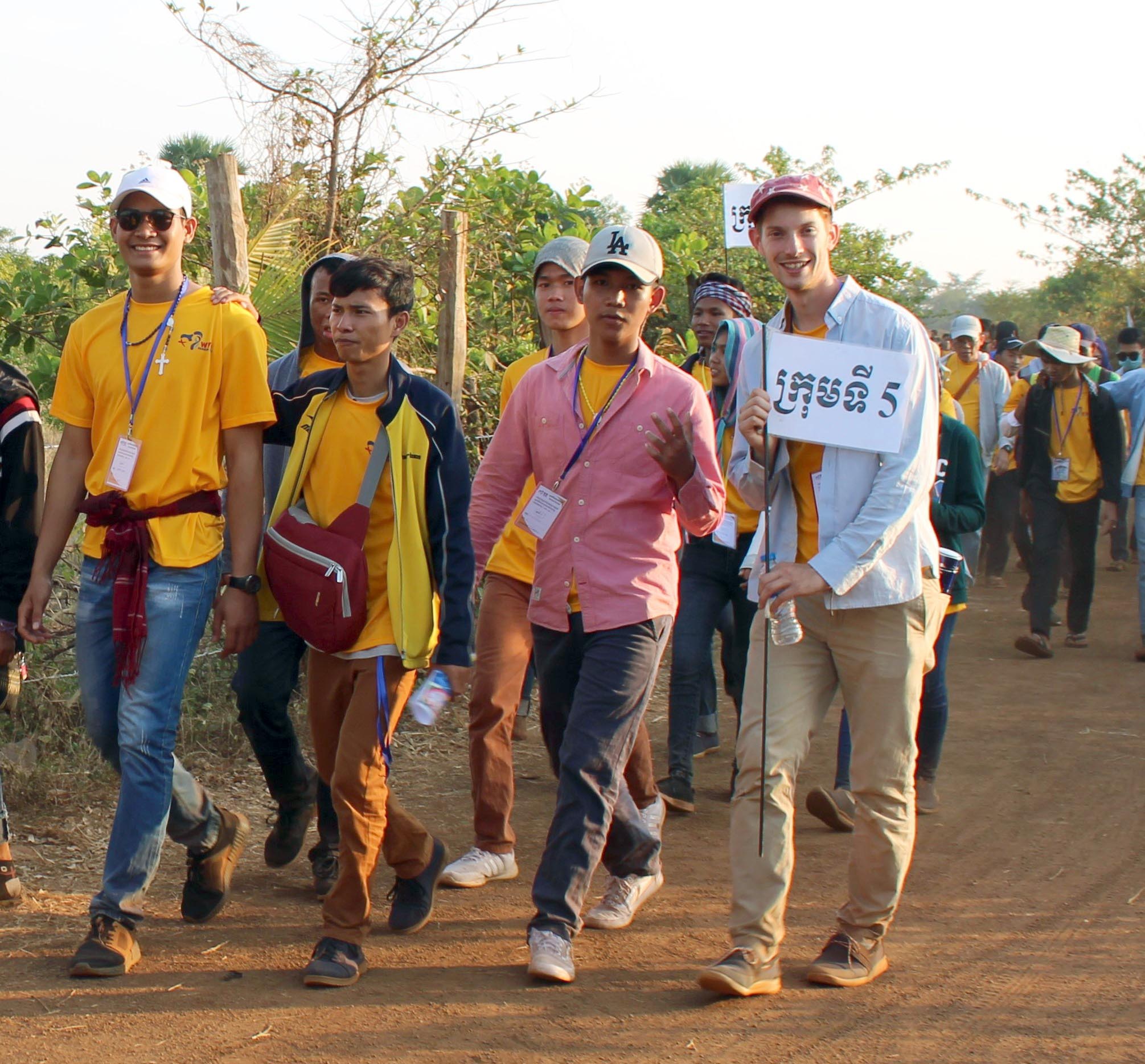 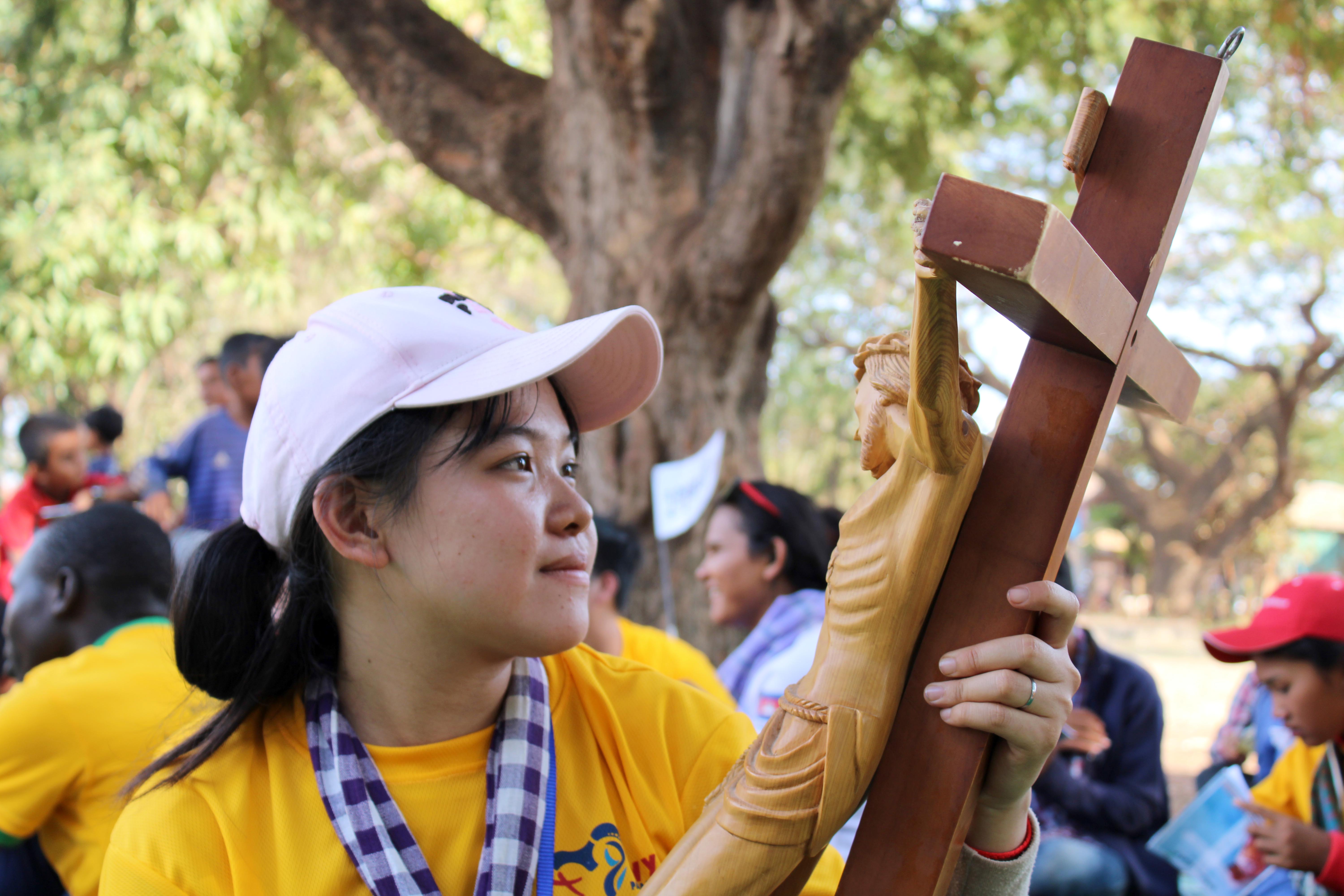 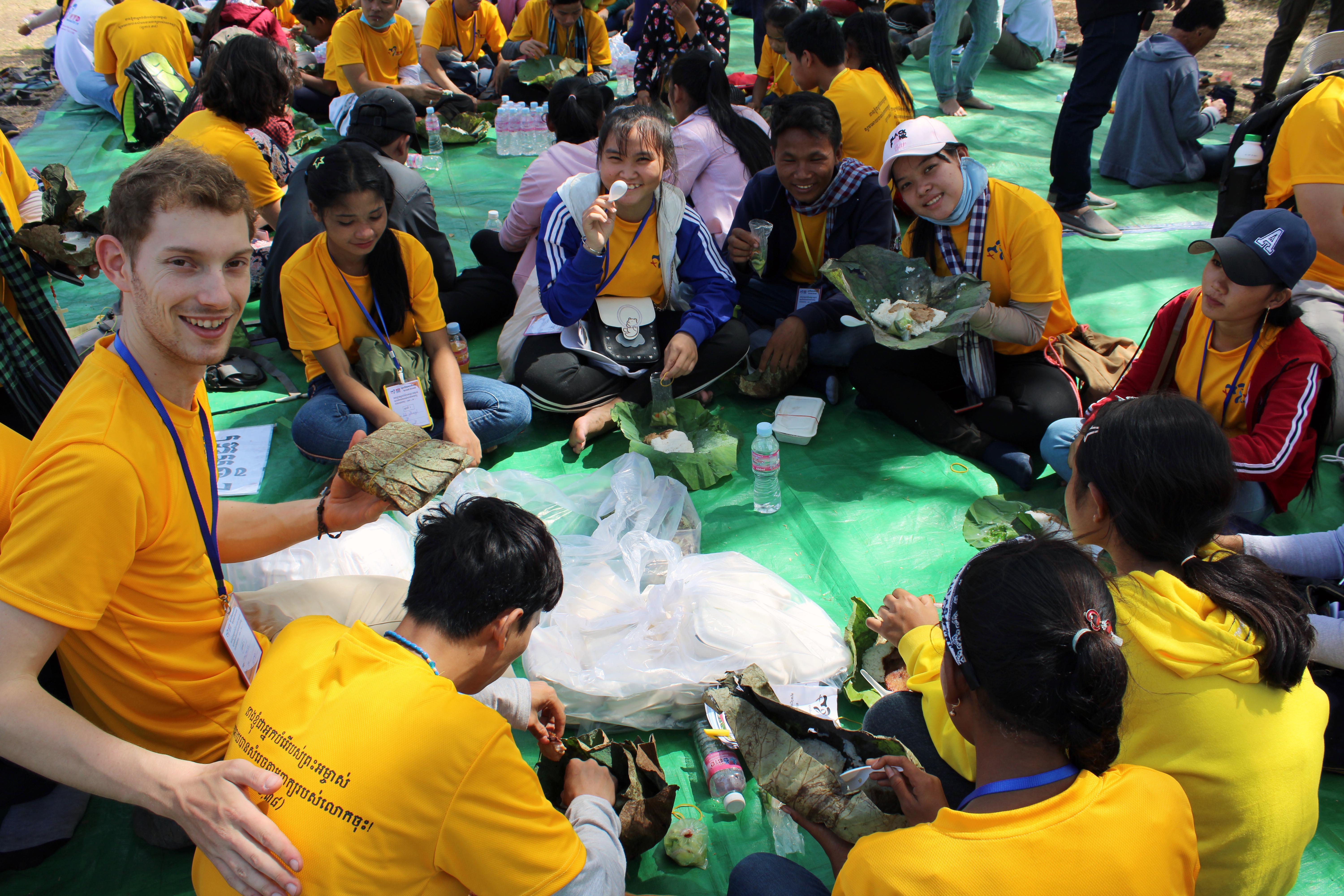