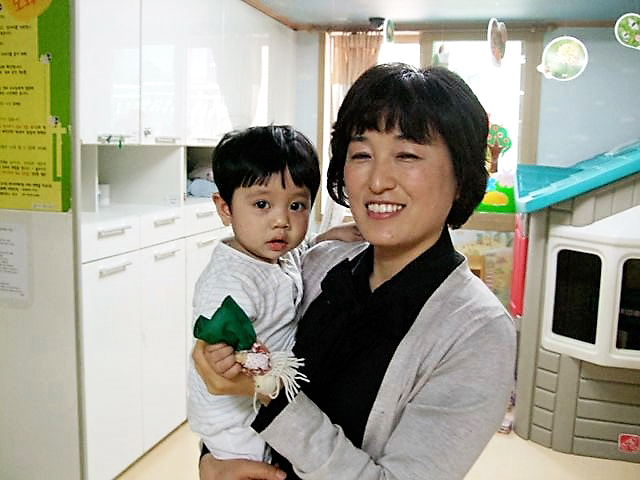 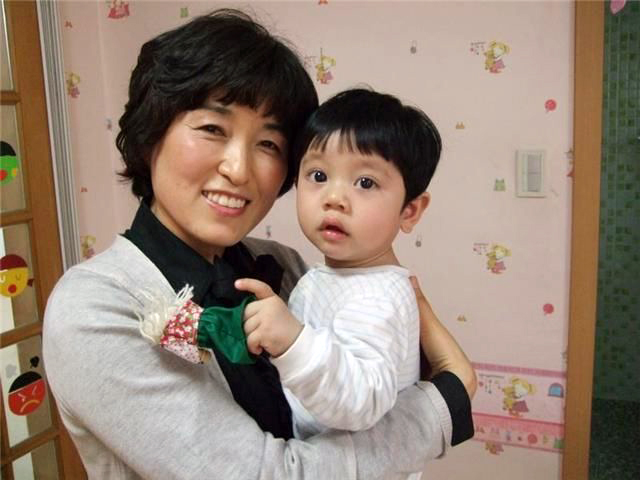 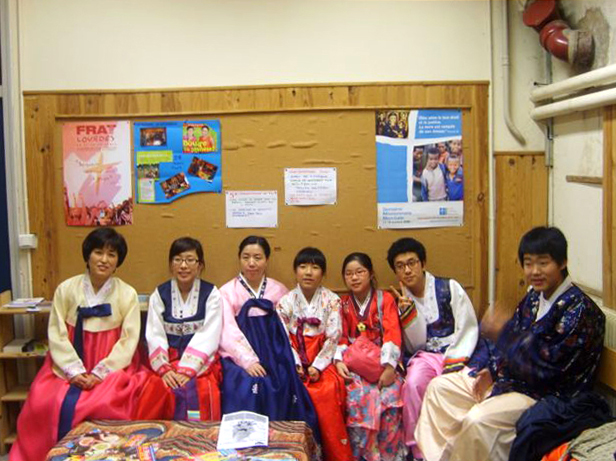 Her name is Kim. She was born 52 years ago in an old Catholic family in the province of Kangwon, located to the north-east of Korea. This mountainous region is located near North Korea. Kim has two brothers and four sisters. She was baptized practically from birth. However, her life has not always been easy and it has sometimes brought her to the edge of the precipice.

In the Church’s history, there exists other things than scandals, heresies, schisms, religious wars or the Inquisition. There have been admirable people and saints listed in the book of saints thanks to whom the Church has been able to bear witness to Jesus Christ and his gospel. These saints, both men and women, are known. Among them, there are popes, bishops, priests, religious men and religious women, and of course, laypersons. We can thank these saints for transmitting to us the essentials of our faith.

Today, I would like to talk about a person who will never be inscribed in the official book of saints.

This is what she told me one day: “My family was poor. My father was a small provincial farmer. He owned a few plots of land that he had difficulty cultivating because he did not work a lot. He spent his days meeting his friends and drinking alcohol. Upon reaching my adolescence, I could no longer tolerate this life of poverty. I resented my father and began hating him. I stopped going to church and lost all hope. One day, when I was 15 years old, I could not stand my life and decided to end it. I took a coal briquette used for heating the house, went into my room and inhaled the gas. I lost consciousness and would have surely died if one of my brothers had not passed by my room. He found me unconscious and immediately brought me to the emergency room at the hospital. He saved my life. This incident deeply marked me. Little by little, I recovered my faith and hung on to Jesus to never let him go again.”

After this difficult period, Kim continued her studies and she finished high school with a secretary’s diploma which allowed her to find work in Seoul or its suburbs. She worked as a professor’s secretary in a university, then as a secretary in a pharmacy.

Her dignity as a family mother

Kim married quite young with a young man she knew. The marriage went well at first. She loved her husband and he loved her too. But, as the years went by, the couple fell apart. Her husband worked in and import-export business. The result was that he failed in almost everything and found himself indebted. From that moment on, he kept his distance with his family, not wanting to cause them trouble because of his debts. Little by little, he only returned home every two or three months and then left without notice. For a few years, her husband has been absent without giving any sign of life. Kim has had to raise her two daughters practically alone. In addition, she takes care of her aging mother at home. “I’ve given up on my life as a couple,” she told me, “I’ve tried to give my daughters a good education, and they advise me to divorce. But I will not. I still love my husband, and, if he returns one day, I will welcome him, but for now, I live my life without him.” Behind these sensible words, one can feel her pain from having failed her life as a couple. Yet, this does not prevent her from keeping her dignity and being a good mother.

In 2007, she has been called to work at the worker’s Mission, as a permanent employee for the ACE, the children’s movement. This year, being at odds with the new manager, she decided to leave the worker’s Mission and go work in a priests’ center for the retired or for a specialized pastoral.

The ordinary life of an extraordinary woman

Kim has an ordinary life. Nothing distinguishes her from others. Yet, once one has gotten to know her well, one discovers an extraordinary person, and most of all a Christian whose faith can be an example for others.

For many long years, Kim began her days at 5 a.m. Before going to work, she would do one hour of meditation of the passages from the day’s mass, and then she went to the daily mass at her parish. “It is this that gives me the strength to live my life,” she told me. Sometimes, she would bring along her two daughters when they wanted to. For someone who goes to work everyday, nourishing oneself of the Word of God and meditating it, is not an easy task. These days, there are so many temptations which face us: television, the internet, mobile phones, and video games. Kim has chosen to meditate the Word of God every morning and nourish herself of the Eucharist to begin her day.

A treasure for the Church

Since the beginning of this year, Kim has stopped working for the worker’s Mission. Working in a center in which there are priests, she must get there early and can no longer go to the morning mass. In this center where there are ten priests, they had not planned masses for the employees who wished to receive the Eucharist. Even though she no longer has the daily Eucharist, Kim nourishes herself everyday with the Word of God. She reminds me of the importance that the Word of God can have in our lives, when it is read, listened to, and meditated on.

In fact, if we look carefully, for many long years now, practically from the time when she rejected the temptation to end her life, Kim’s life is a life committed to the Church, for the Church, for the Gospel, with the Christians she meets. Concretely, today, in addition to her work life, her whole life is devoted to the children and young people of the ACE movement. All the time she has at her disposal, except for the part dedicated to her family, all the rest is given to the movement: team reunions, training sessions, meetings with the parents.

“I am happy to dedicate this time to the children and the young people. Being able to announce the Good News to all these children and young people is my greatest joy. It is not always easy because the young people today are disoriented by all the temptations modern society has to offer them. I try to listen to them and bring them the joy of the Gospel. That is what gives me joy in my daily life.”

For years now, Kim works with priests. Sometimes she is very close to them. She knows their faults and their imperfections. She is sometimes shocked by the authoritative behavior of the priests. But that does not prevent her from remaining faithful to the Church, and the Gospel. Kim’s life has nothing extraordinary, but her faithfulness to the Word of God, that she meditates for one hour each day, her faithfulness to the Eucharist, her total commitment to the children and young people, in all discretion and humility, makes her an exceptional person who makes us love the Church of Jesus Christ despite all its imperfections. Even today, our Church needs people like Kim, who, quietly, give a taste for the Gospel to all those who, one day, crosses paths with them. Like many others before her and after her, Kim is a great treasure for the Church.