From the church of Kofu to the local house of Shizuoka : a few ecclesial variations… 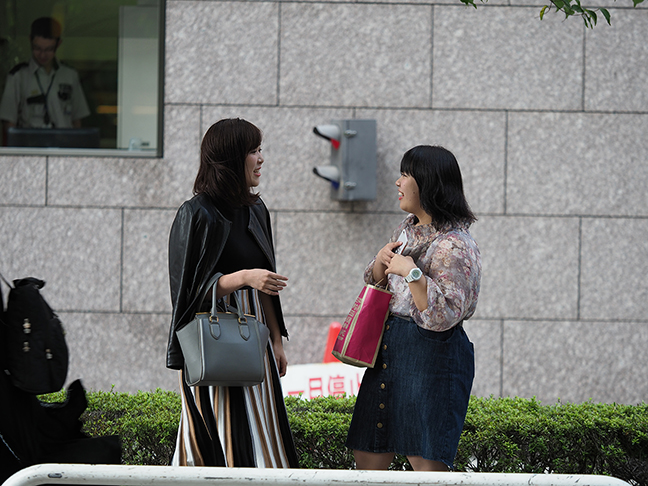 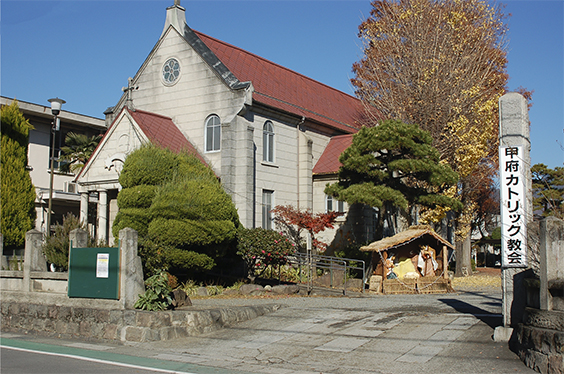 The church of Kofu, in the department of Yamanashi, was built in 1925 by the Fathers of the Paris Foreign Missions (MEP). The bombing of the town by Americans towards the end of the war in 1945 did not touch the church. I was appointed its parish priest in 2008. At my arrival, an old woman of the parish told me that she had a very vivid memory of the the last MEP priest that she knew, a man with a loud voice and who smoked a pipe, Father Fernand Delbos. It was over 60 years ago, and she was a young girl.

With the help of a young japanese vicar, I was responsible for three parishes. One sunday, in december 2008, at the end of the mass, I noticed a young brazilian woman selling little sandwich-meals that she had prepared in the morning at her home. She admitted to me that she had no money left. After informing oneself, one realizes that an important number of japanese workers and foreigners of our town found themselves suddenly unemployed because of the economic crisis in Japan at the time.

We prepared to celebrate Christmas. It was difficult to rejoice for the birth of Jesus Christ, without a thought for the serious financial difficulties that a great number of parishioners and inhabitants of Kofu were experiencing. We timidly started to organize free meals, such as soup, once per week for the people of the neighborhood. At our surprise, the number of participants for the free meal increased each week. In a few months, we had prepared 50 to 60 meals. Our initiative was noticed by a local newspaper of the region and was the subject of an important article, which started our little adventure. Several associations in the region proposed their services to help us preparde the meals, but also to create a center to help in finding employment, housing, medical services, and help them in their contacts with the government to obtain social aid. All in all, eleven small associations of the town joined together to create a new independant association (like the association law of 1901 in France), recognized and subventionned by the government.

This little adventure gave me ideas. At the age of 75, a parish priest is expected to present his resignation to his bishop, who will then accept it or not, depending on the situation. But it is not forbidden to present it sooner if he has a good reason for doing so. My experience with the parish of Kofu gave me dreams. I was almost 70 years old. What if I could finish my mission in Japan by leaving behind my responsibilities as a parish priest, and put myself at the service of « men of goodwill », who live in their manner the Love of God for men outside of our churches ? By how do I do this ? The way to realize this little dream had already been given to me for a few years now. The diocese of Yokohama covers four departments, Kanagawa, Shizuoka, Yamanashi and Nagano. At the end of the war, in 1946, the bishop of Yokohama gave the administration and evangelization of the department of Shizuoka to the Foreign Missions of Paris (MEP). To realize this mission, the MEP needed a central house in the town of Shizuoka where the person responsible for the MEP would reside. Later on, the ecclesial administration of the department was attached to the diocese of Yokohama, and in the years of 1990-2000, this house gradually lost its importance and necessity. Some old priests lived there, but in 2011 this house found itself unoccupied. The bishop of Yokohama and the MEP superior accepted my proposition to make this house into a small social service center to be put at the disposition of the associations in the area, and this is now its current function. It is regularly used by organisations which help drug addicts, alcoholics, and the homeless. It is also used as a reception center for the minister of justice for stays of 2 to 3 days, or a few weeks, for people leaving prison, under supervised release, until they find a stable insertion.