The inauguration of a center for the handicapped


On April 4, 2019, the first Taiwanese center for elderly handicapped people, called the I-Fong Yuan center, will be inaugurated in the presence of vice-president Philip Chen Chien-jen. Specializing in this type of care, it was created thanks to the initiative of Father Yves Moal, MEP, who has lived in Taiwan for over fifty years now.

Although several care centers exist, they are mostly the initiative of religious Christian and Buddhist groups who rely on the generosity of the population, since they lack sufficient subsidies. The island has over 1.17 million handicapped people, according to the figures of the Health and Welfare ministry, which is 4.96% of the population. 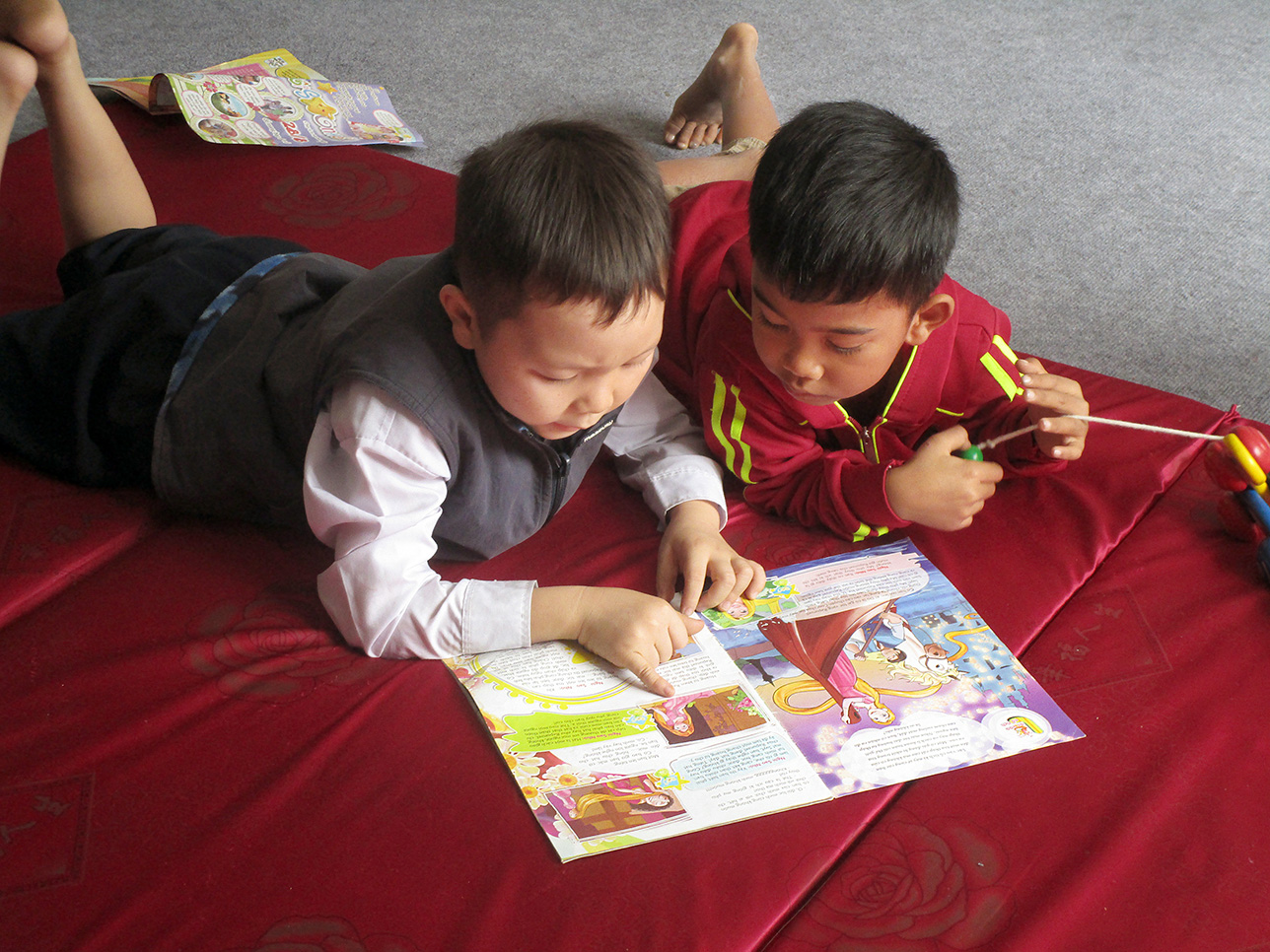 The inseparables Ga, of the H’Mong ethny, and Bo, cambodian 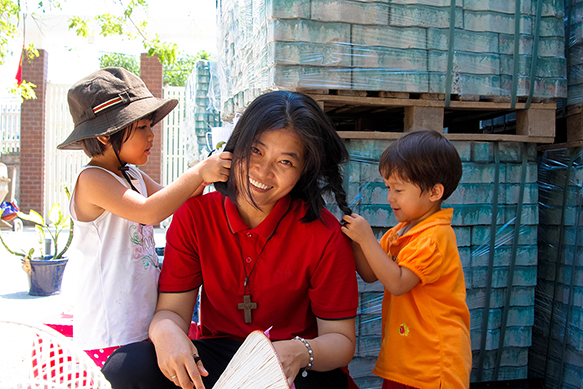 Sister Anne Dao with the youngest ones 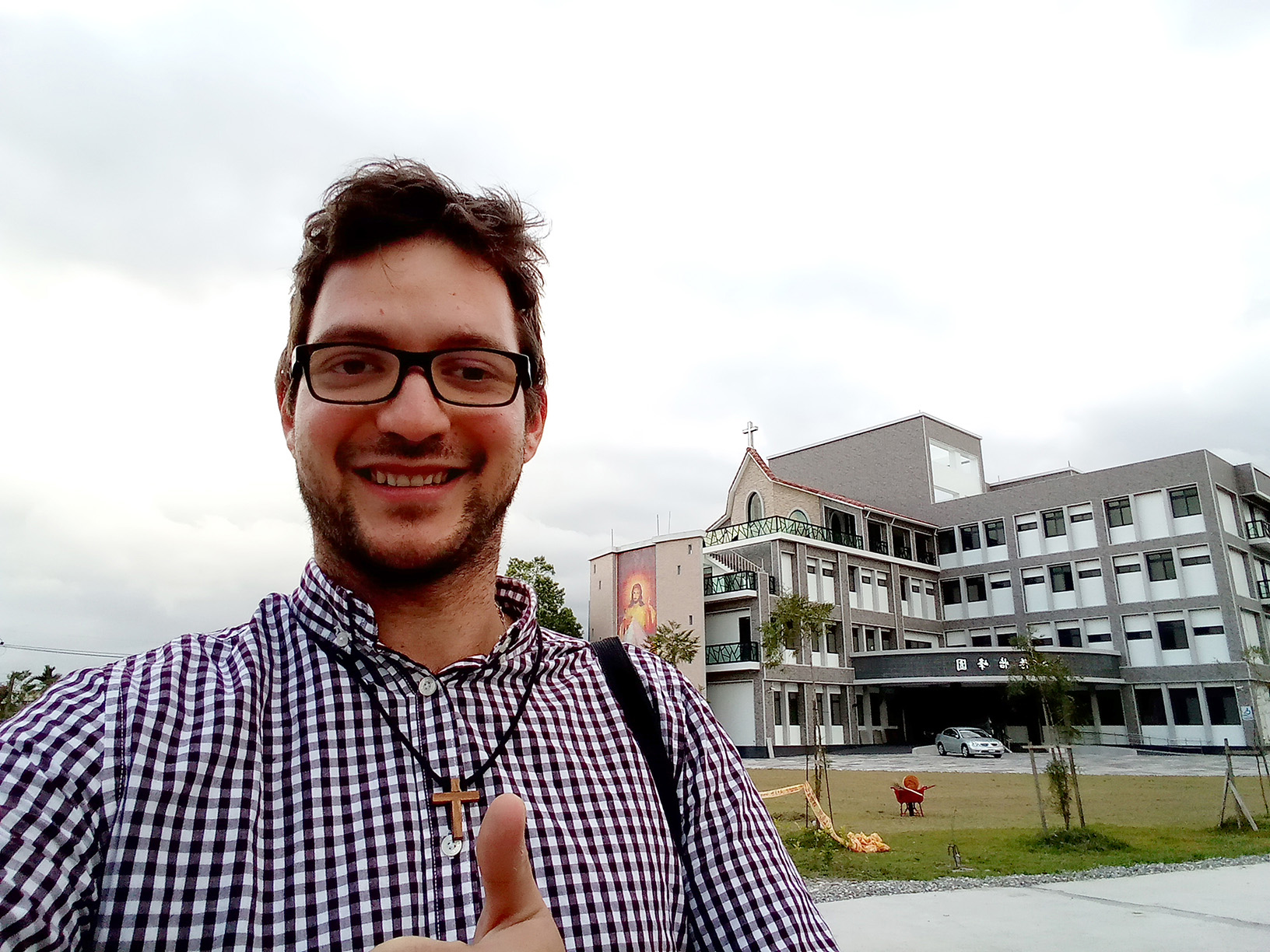 Constantin Lebreton, MEP volunteer, in front of the new center for handicapped elderlies 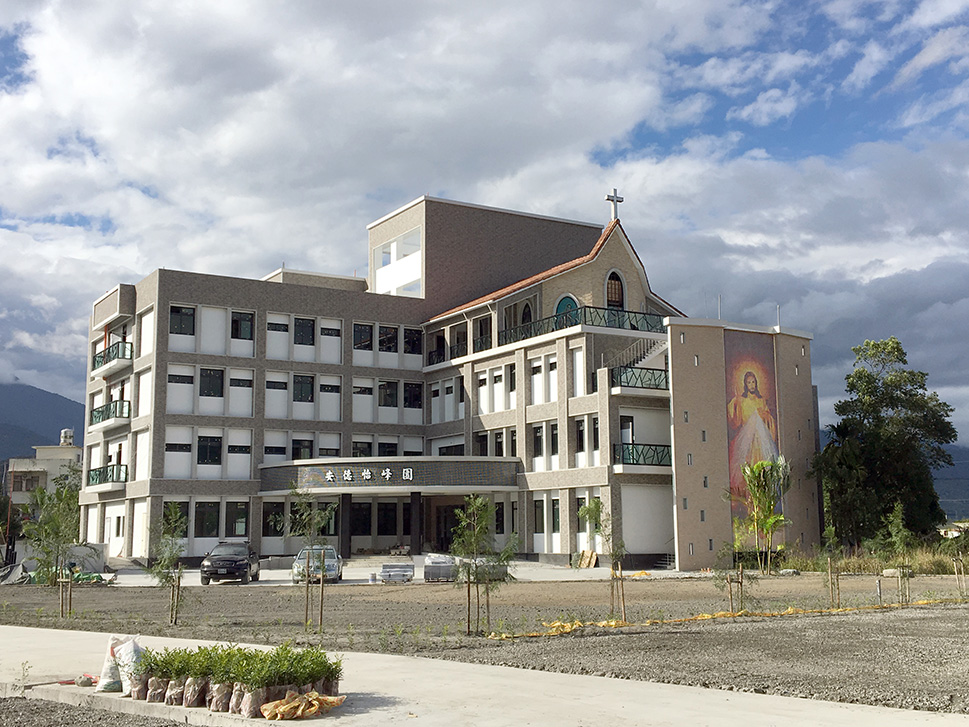 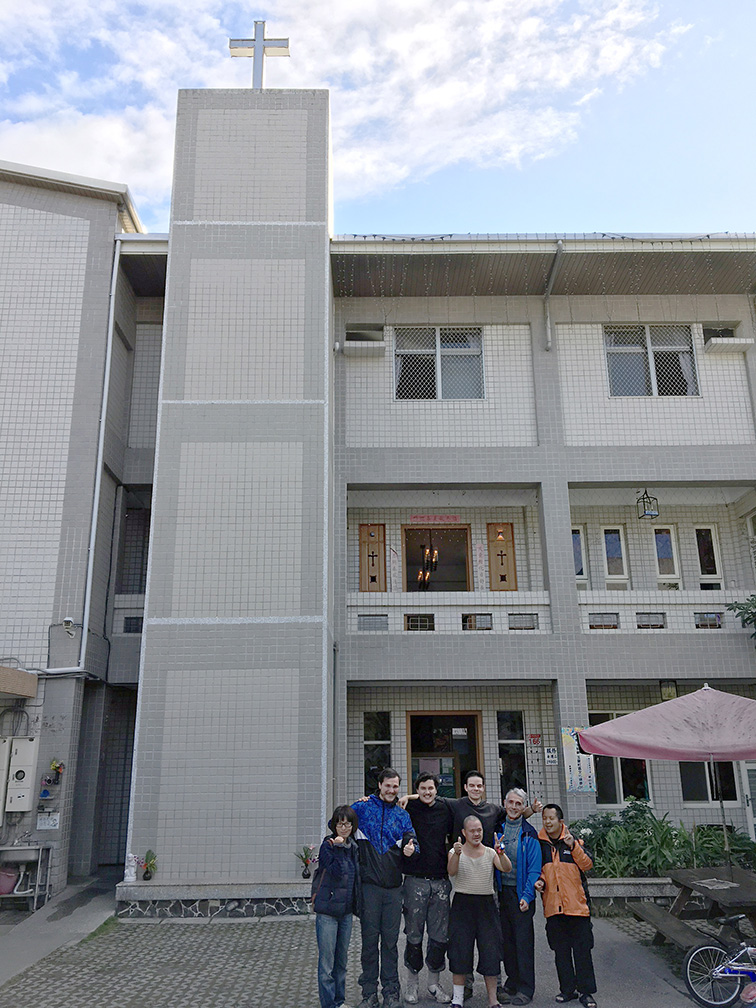 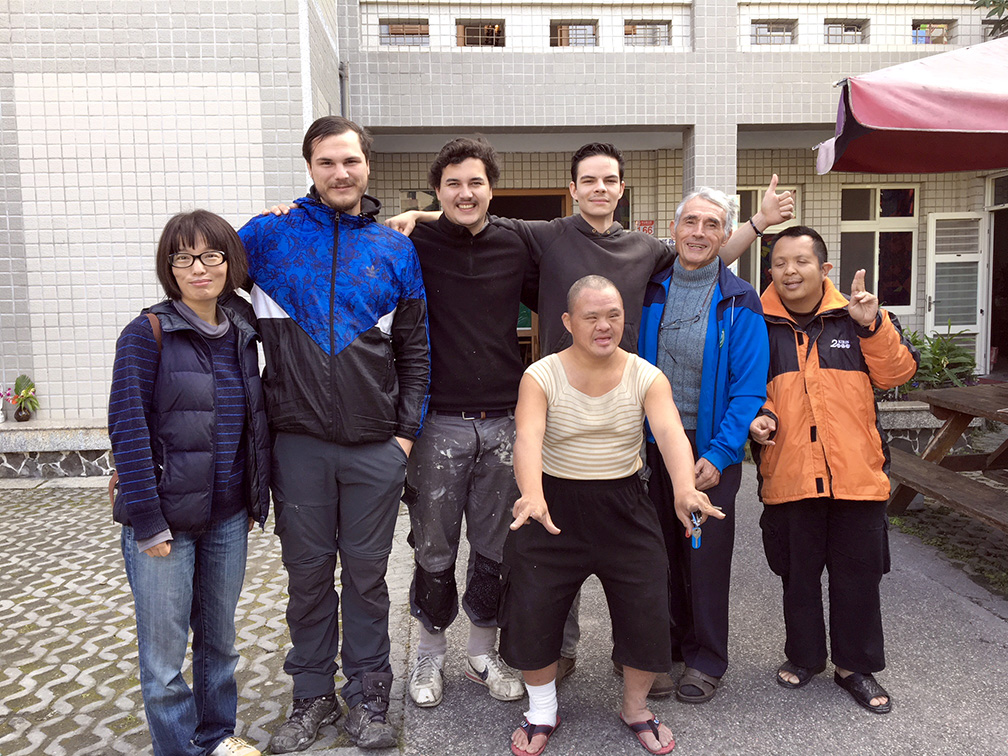 Father Yves Moal, MEP with the French consul’s wife, MEP volunteers, and handicapped residents, in front of the Church of Yuli

Under the guidance of Father Yves Moal, the I-Fong Yuan center, which must accommodate fifty residents who are 45 years old or more, enters into the government’s efforts to put into place adapted structures to meet the needs of handicapped people based of their handicap and especially their age. Father Moal confides: “At the beginning of my mission, the local Churches supported the needy with our own means in order to keep them from being marginalized, since nothing else was proposed for handicapped people.” That was how the MEP mission accommodated handicapped children and founded the first center on the eastern coast of the country, thirty years ago. “The André center, founded by father André Cuerq, he continues, concentrated on the care of handicapped children before turning towards young adults, on demand of the government, when they opened special education classes for handicapped children aged from 2 to 15 year old. At the same time, we adapted ourselves to the needs of those who lacked care, that is to say the young handicapped people over 15 year old.”

For Father Moal, a familial environment is essential for the welfare of the residents. They are spread out over various workshops according to the capacity of each person, so that they may contribute to everyday life and fulfill themselves by accomplishing something through their work. “These handicapped people are like everyone else. They need to be helped and accompanied, which is what we try to do through the workshops. They have a lot to teach and give us, if we accept to listen to them and try to understand them.” Even once they reach adulthood, these people need to keep their familial bearings. This is why the government’s demands to separate the care centers according to the age of the residents represent a real challenge: to offer the best care for them, without completely changing their day-to-day life.

After a decade of discussion, reflection and preparations, the new I-Fong center was built with the support of numerous Taiwanese donators and represented a total investment of over three million euros. “I am always moved by the generosity of these thousands of Taiwanese, explains Father Moal. They understood the importance of providing activities and an environment adapted to handicapped people,” and contributed to the creation of the center, located in front of the André center to remain in contact and focus on communal activities.

Just like the André center, which evolved in function of the needs of handicapped people, the I-Fong Yuan center is equipped with the medical resources necessary to the accompaniment of the handicapped. In accordance with the government, the center opted for the accommodation of residents over 45 years of age, the age at which handicapped people age more rapidly. They require more medical care.

Already present for the launch of the project, and to give the first symbolic stroke of the shovel, the Taiwanese vice-president Philip Chen is expected for the official inauguration of the I-Fond Yuan center on April 4, 2019. For Father Moal, it represents a “precious support from a fervent Catholic in the highest spheres of the government”, which reflects the awareness of the authorities of the necessity of a durable policy for the needy and dependent. It is this awareness that allowed the creation of the project, even though at the beginning, no public material aid was foreseeable. According to the current system of assistance for a handicapped person in Taiwan, the center can only receive subsidies after its opening and only around 60% of its functioning.

Yet, Father Moal did not hesitate to pursue this project, despite the obstacles, because the needs of the residents were too great. “It is true that the government does not support us directly, he regrets. But the handicapped do not have the luxury of waiting until everything is ready to begin the project. The subventions provided for the care of the handicapped in Taiwan is only given once the structure is complete and functional. Only then can you fill out a demand for subsidies and then there is a whole procedure put into place to verify that your establishment meets the norms of security and accessibility, but also the regulations regarding the care of the handicapped according to their handicap, their dependence and their age. Afterwards, every three years, the authorities carry out inspection to verify the work done, and the functioning of the establishment, before prolonging the subsidies for an additional three years.” For the remaining 40%, the functioning of the center depends in part on what the residents can provide, while realizing that it is often impossible for them to really contribute financially. Besides, Father Moal refuses to set an amount for rent, which would be a major constraint for most of the handicapped people and their family. So the I-Fong Yuan center will continue to count on the generosity of the Taiwanese people, be they faithful or non-believers.

During the last decade, the successive governments have always worked to provide for these needs. Therefore, the Convention Relative to the Rights of the Handicapped (CRPD) was ratified in May 2008, then the details of this convention was integrated in the national legislation six years later. This decision marked a great step forward for the care of handicaps in Taiwan, following a first law for the well-being of handicapped people which was passed in 1980 and which only listed the different types of handicap without providing any real assistance.

The Taiwanese vice-president Philip Chen Chienjen presided the first national report of the CRPD in November 2017, underlining the necessity of working more to “allow the handicapped to have the same rights as all Taiwanese people and to guarantee that they have the same fundamental human liberties”. This national report led to an examination of the state of the handicapped people with limited mobility in public transportation and public services, as well as medical care and education. International experts invited to Taiwan encouraged the country to develop a more inclusive society and to reinforce the protection of the handicapped and the care provided to them, as there was still a lot to do.

By François-Xavier Boulay for EDA.