Chance encounters while travelling in India


India is huge and the roads are long. You can have fascinating and unexpected encounters along these roads. In this article, Father Lucien Legrand gives us some examples of these meetings over the course of the years and miles he has travelled. You can find the whole article on page 20 of issue 578. This is not about professional, pastoral or academic encounters, but rather the unexpected meetings that are a regular occurrence in India, on the corner of the road, in the hubbub of a train station, in rickety buses or in trains whistling in the night.

My first initiation into life in India occurred even before I arrived in that country. At that time we would travel by ship and the Messageries Maritimes vessels dropped us off in Colombo, where we were received at the bishop’s residence. On the first evening, at dinner, we were sitting in order of seniority along a huge table at the head of which sat the Archbishop. As a young priest, I was right at the other end, not really knowing what to do with the food that was being passed round. One plate came along with what looked like mushy peas. I took a generous portion. The person next to me said: ‘Be careful! It is rather hot’. ‘Hot’: that’s no problem; all you have to do is wait a little time and blow on the spoon. So what I did was to take a mouthful and then I discovered, with tears in my eyes and my throat on fire, the other meaning of the word hot as applied to Indian cuisine. The ‘mushy peas’ were in fact green chillies.

A night train took us to the north of Sri Lanka where a ferry would transport us to India. On the morning of 18 August 1953, I was finally going to set foot in India. I had only just got off the train when I was accosted by the captain of the ferry who invited me to celebrate Mass for his crew. He helped me get through emigration very quickly and, while the passengers were embarking, I celebrated Mass on board – in Latin as it was at the time – surrounded by the entire crew. Both the crew and captain came from the Fishery Coast, which had been evangelised by Saint Francis Xavier, and were all Christian.

Right at the start, I discovered Christian India and its fervour. Once I arrived in India, another night of travel by train took me to Salem, the diocese to which I had been assigned. My first Tamil lesson took place on that very first day. After going to town, I returned to the bishop’s residence by bus. I did not know the area and could not ask the way in Tamil. But I had spotted that the bishop’s residence was located near a railway line, not far from a level crossing. In the bus, I saw this level crossing from a distance.  I asked the driver in English to stop there. He shook his head; I thought he was refusing or indicating that he didn’t understand what I was saying. So I insisted in a pleading tone. He continued to shake his head and this continued until we arrived at the level crossing where he stopped and gently waved me down. This is how I learned that in Tamil sign language, a sideways shaking of the head means: ‘Okay! No problem! At your service!’

It was in those early days that I had an experience that I could describe as ‘spiritual’ and which profoundly affected my outlook and my life as a missionary. I had been assigned to learn Tamil in Salem Cathedral and learn about Indian life under the guidance of an experienced missionary. Shevapet, the district where the cathedral was located, means ‘Tuesday market’.

The market square extends over several hectares in front of the presbytery and, from the floor where I was staying, I had a good view of the whole event every Tuesday, the jumble of trucks, ox carts, horse-drawn carts and handcarts, the cows and oxen, the horses, donkeys, pigs and chickens, all in a hubbub of horns and trumpets, loud voices arguing and music, everything enveloped in a cloud of dust under a burning sun. I was contemplating all of this and suddenly these words hit me: ‘You will never be able to convert all of this’. It was like a revelation that shattered my illusions and reoriented my missionary life, in the realization that the mission goes way beyond us and can only be the work of a force that transcends us.

Especially at the beginning, you are just paralysed by not knowing the language, and God provides. Travelling on a motorbike in the Attur region, I was hit by one of those sudden summer showers that you get in Tamil Nadu. I took refuge in a little temple by the side of the road and was quickly joined by a small crowd of people. Among them was a catechist trained by a zealous priest from the neighbouring parish. He saluted me and, profiting from my presence, started speaking to the little crowd: ‘You are wondering who is this stranger in our midst. He is a swami, a father, a representative of Jesus Christ’ and began spreading the Gospel. He put the emphasis on the Cross, which is present everywhere in Creation: ‘When birds spread their wings, they make a Cross; trees spread their branches like crosses. Even telegraph poles present the image of the Cross.’ It was quite an ingenious argument, but I could only admire his zeal and bravura. The rain stopped; everyone left. What remained of all that? ‘ A sower went out to sow.’

The depth of India

I had to spend the night in the waiting room of the great monumental Chhatrapati Shivaji Terminus in Mumbai (formerly Victoria Station). I had arrived late at night on an international flight and was to take the morning train to Pune, where I was attending a theological symposium. The station has resting rooms, but they were all taken. The only place that remained was the vast hall which welcomes the crowd of waiting travellers and ragged tramps. I found a seat with difficulty. The row of seats opposite was occupied by all the misery of the city, beggars and lepers who displayed their legs covered with dirty bandages. A rat went under the seats and lapped up the drops of sweet tea that remain at the bottom of the cardboard cups thrown away during the day. It went around the row of seats, disappeared and returned at regular intervals. Nobody paid any attention. Around 2 o’clock in the morning, when the rat was doing its rounds, a street dog arrived, dirty, mangy, skeletal. I was looking forward sadistically to the fight that would ensue and the commotion this would cause in the hall. At least it would be a distraction. But nothing happened. The hungry dog was looking for the few grains of rice that remained clinging to the banana leaves that served as dishes during the day. He left the rat to his tea. There was no competition, just a sharing of the same misery. This station hall is like a living image of the brotherhood of misery, the misery of beggars and other living beings. There are no dogs or rats, cats or dogs. It is a union of starving wretches. ‘Wretches of the world, unite,’Marx might say. Jesus would have made a beautiful parable out of it.

There was a real solidarity among the poor in their kindness and delicacy of heart, as I often witnessed. From my village of Christupalayam, I travelled by motorbike to Denkanikottai, the small neighbouring town. On the road, I passed an old man from the village who was walking in the same direction. I gave him a lift on the motorbike and, when I asked him where I should drop him off, he said: ‘At the butcher’s. I am going to buy some meat for my friend who is very ill. He told me he would like to eat some meat before he dies. I will buy some, prepare it and give it to him.’ Meat is rare in rural India. It is hardly ever eaten except on feast days. Poor as he was, economising even on the bus ticket for the 6 kilometer ride, the simple villager wanted to provide this last pleasure to his friend. It was a moving delicacy of heart in this tough environment which creates temperaments in the image of its rocky ground. I have often been asked, ‘Have you met Mother Teresa of Calcutta?’ I answer ‘Yes, but not often. Bangalore is a long way from Kolkata. But what I can tell you is that I have met many ‘Mother Teresas’.’ Mother Teresa of Calcutta is like a symbol of the self-sacrifice and love that animates the lives of many admirable nuns.

Meeting with a Hindu: ‘We have gods for everything. You Christians, you are the only ones to have a god for suffering and death.’ That is a beautiful interpretation of the Christological hymn to the suffering servant in the letter of Saint Paul the Apostle to the Philippians (2, 6-11). 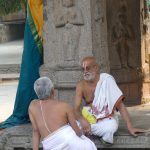 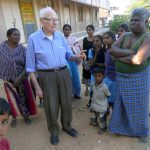 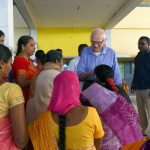 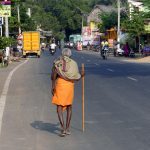 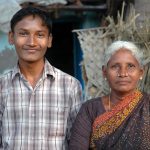 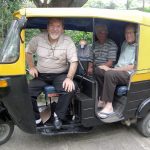 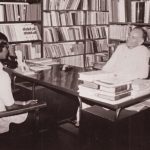